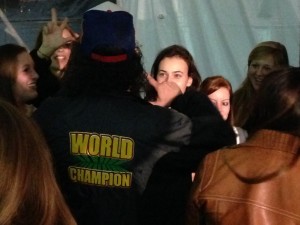 Judah Friedlander, a stand-up comic best known for his role as Frank on the TV show 30 Rock, performed Friday at Babson College along with Babson alum Jillian Brooks. 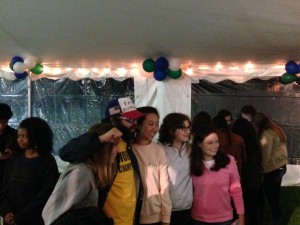 Friedlander, whose shtick revolves him being the World Champion of…everything, announced during his set that he would be running for president and took dozens of questions from the crowd about his stand on different platforms. One proposal of his was to move the mid-west up into Canada and to squeeze the East and West coasts closer together since most of the cool stuff is on either coast. This, for example, would make it easier for people in Wellesley to drive to In-N-Out Burger, a popular fast food joint out west.

And no, Friedlander didn’t pick on me at all during the show…so ignore any rumors of that.

Opening for Friedlander was Jillian Brooks, a recent Babson grad. Her best bit had to do with Babson’s penchant for dishing out T-shirts practically every time a student blows his or her nose. Brooks, who lives in NYC now, says there are a lot of homeless people walking around New York with Babson shirts these days, ever since she cleaned out her wardrobe. 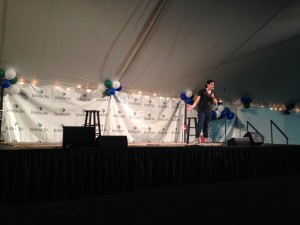