Wellesley High Principal Andrew Keough (not shown here) is touting the newfangled water bottle filling station and drinking fountain, which popped up recently near the gym at the school courtesy of the Class of 2002. The machines shoot water quickly into a water bottle, speeding a process that can otherwise create dreaded backups at drinking fountains.

Thank you Class of 2002 for our new water container refilling station. So far we have saved 2904 plastic bottles! pic.twitter.com/MJjavj4oy4 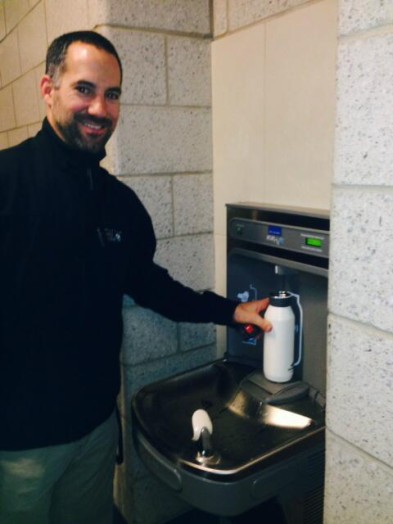 Has anyone seen any of these stations elsewhere in town? Longfellow Club in Natick recently added one, and apparently they are starting to appear in many places, including airports. Santa Clara County in California is buying into the water dispensers in a big way, through a $500K program aimed at getting people to consume healthier drinks and limit use of disposable containers.