By Finn Mahoney, WHS ’16, special to The Swellesley Report

The definition of conglutinant is an adhesive or promoting union; conglutinant was also the second to last word of the 24th annual Wellesley Spelling Bee, which on Thursday night brought more than 50 teams together to compete at the Sprague School Gym for the Ruth Humphries Bee trophy.  The winner for the second time running: the Wellesley Council on Aging, again calling themselves the Spellbinders.

The other big winner was event organizer Wellesley Education Foundation, which raised more than $48K to support its school-related initiatives.

After several rounds of competition, the word epitasis (the middle part of a play, preceding the catastrophe) narrowed the field to two teams. Both spelled “conglutinant” incorrectly, but the Spellbinders clinched their two-year title with “gradus.” Team member Miguel Lessing attributed their win to weekly practice sessions, presided over by a team captain. According to Lessing, “We were probably one of the few teams that really worked for this competition.”  In the words of Caleb Brown from the Spellesley Report team, “I suppose [the Spellbinders] really are the…gradus. ” 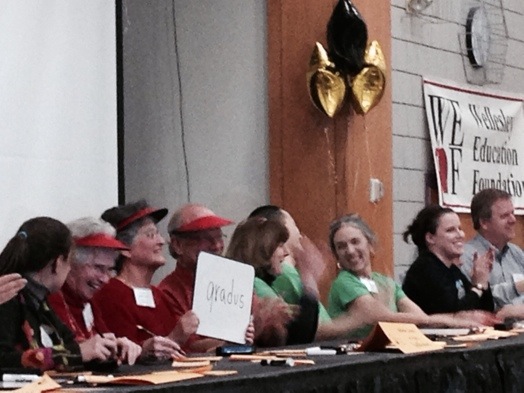 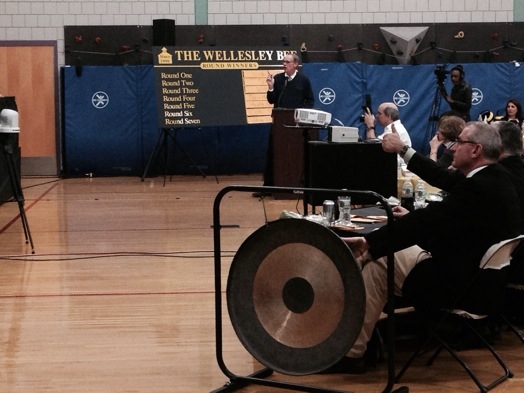 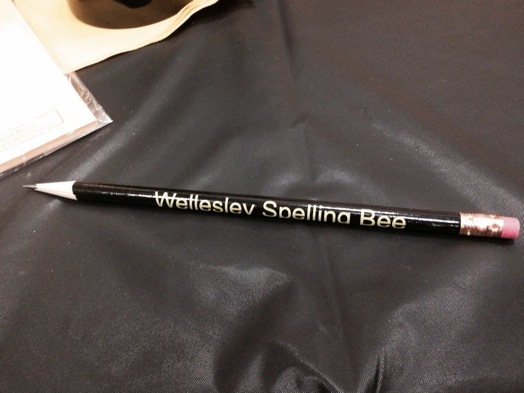 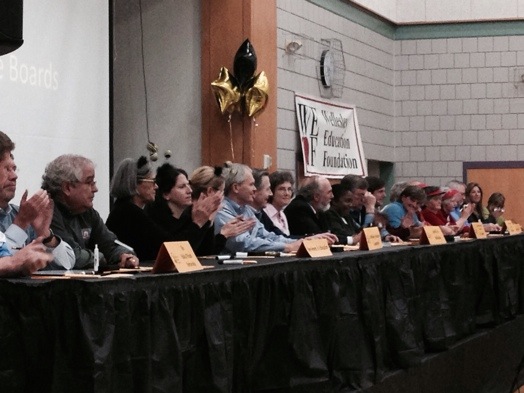 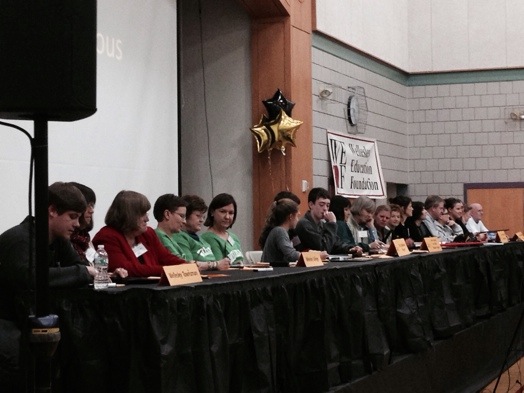