Wellesley High beat Needham High in football for the first time in 4 years by a score of 22-6 in Wellesley on Thanksgiving Day. The Raiders jumped out to a 14-0 lead in the first half, narrowly avoiding a Needham score just as the clock ran down. Needham, without its star running back in the game, was unable to score at all on offense. It reached the end zone only via an interception return. (More game details here.) Both teams ended the season with 7-4 records, and Wellesley won 6 of its last 7 contests.

The stands were packed with fans young and old, including plenty of recent and less recent alums in attendance. 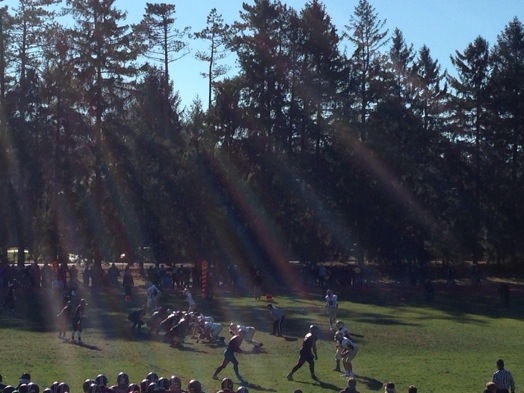 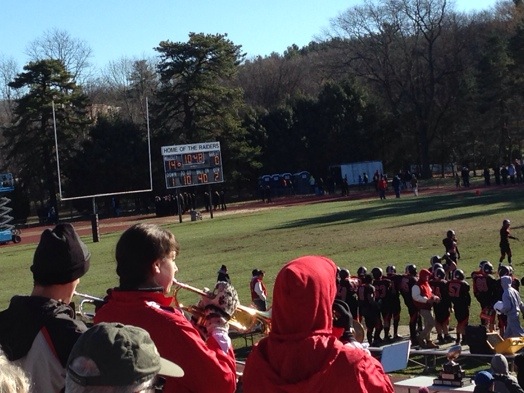 A boisterous band kept the team and crowd pumped.

Nice completion here for the Raiders. 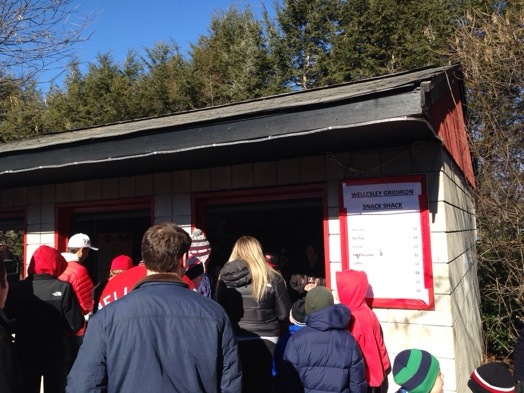 A Wellesley tax was applied to goods at the snack shack, causing some to grumble. 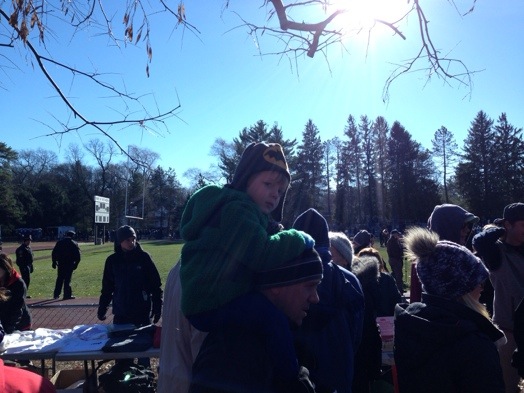 Next generation of fans took in the action. 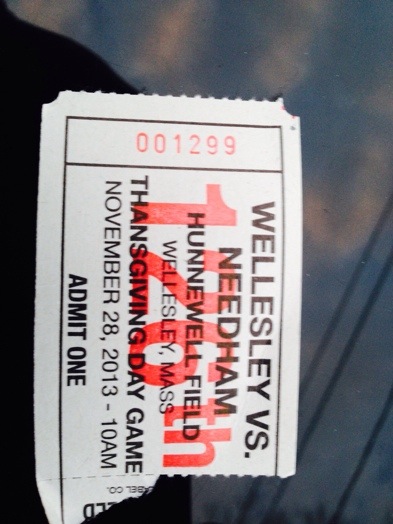