Wellesley’s Patricia Kelleher wrote a letter about 50 years ago to Jacqueline Kennedy to console her about the death of President John Kennedy on Nov. 22, 1963. In the letter, Kelleher tried to comfort Mrs. Kennedy with words that the President had earlier sent to the letter writer after her own husband died aboard the USS Thresher that sank in April 1963 and took the lives of all 129 people on it.

Kelleher’s letter is among those that provide the foundation for a new documentary titled Letters to Jackie: Remembering President Kennedy that’s scheduled to air on TLC on Nov. 17 at 9pm EST. In the film, the letter by Kelleher (then known as Mrs. John J. Wiley) is read by actress Allison Janney against a backdrop of photographs and videos. More than 800,000 condolence letters were sent to the First Lady in the two months following her husband’s assassination.

Below is the Wiley letter, which can also be seen at the Kennedy Presidential Library. Kelleher declined to be interviewed further about the letter. 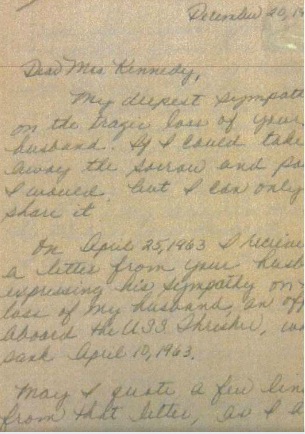 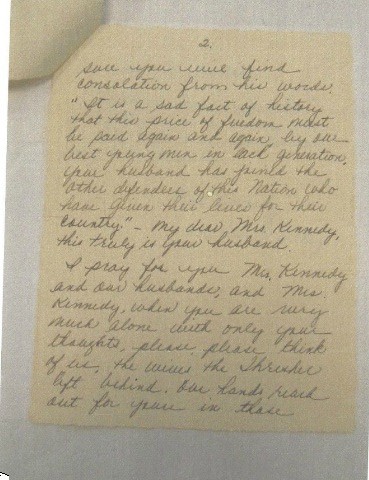 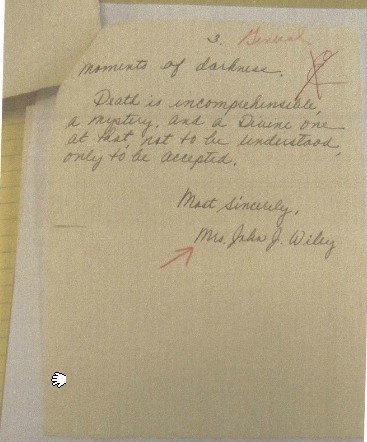