The controversial Tony Matelli sculpture of a zombie-like guy in his undies on Wellesley College’s campus isn’t the first scantily-clad dude to make his mark at the all-women’s school.

I recall during our early years in town coming across a nearly 7-foot-high bronze statue of Auguste Rodin‘s “The Walking Man” (described by the Davis Museum as a posthumous cast) outside at Wellesley College’s campus. Students would dress the headless, armless fellow in various ways, sometimes to mark the colors of their class year. I’m sure I took photos, but probably back in the pre-digital camera days, so who knows where they are.

According to a Wellesley College newsletter, the statue was installed at Clapp Library in 1969 and was moved outdoors to the Jewett quadrangle in 1974 “where for many years it bore the brunt of class pranks and the New England weather.” The Walking Man was brought back indoors in 2006 for restoration and placement within the Davis Museum’s confines. 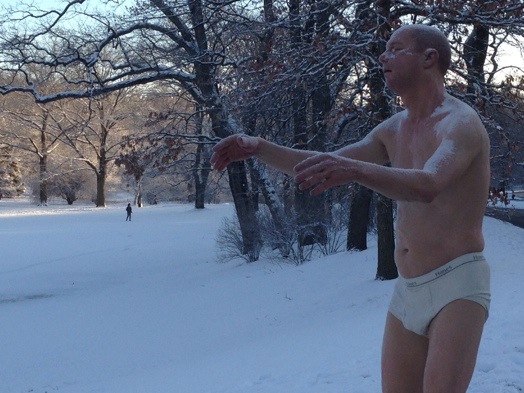