Controversy over Tony Matelli’s original tighty-whitey “Sleepwalker” statue  on the Wellesley College campus has largely died down since the outdoor sculpture arrived in February, but get ready for a new round of fireworks: Sources tell us that Wellesley officials are close to a deal that would bring at least three additional Sleepwalkers to the community in an effort to boost tourism dollars — monies that could stave off future overrides.

The original Sleepwalker has drawn huge crowds to town and given  local businesses a much-desired mid-winter financial boost.

“Our boxer sales have plummeted but briefs sales have gone through the roof,” boasted one local men’s clothing retailer.

Although the Sleepwalker is despised by some — close to one thousand people signed a Change.org petition to move the sculpture inside the Davis Museum — countless selfies and other photos have been taken with it by those less offended. The new Sleepwalkers should be less divisive than the original, located at the all-women’s college. The new ones reportedly will be situated at iconic Wellesley locations, including Town Hall, where it might be festooned with holiday lights alongside the Christmas tree, menorah and crescent moon that appear each holiday season. 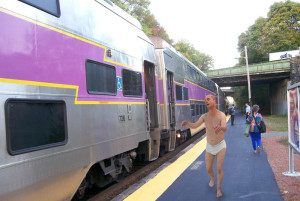 A second statue will likely be placed at Wellesley Hills train station, to give visitors directions to the downtown shopping district. 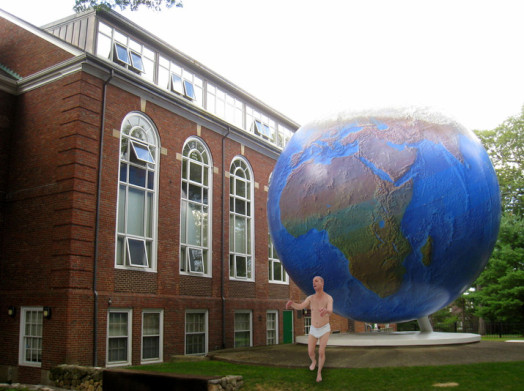 A third new sculpture, and this is where potential controversy comes in, could find its way to another college in town that was reportedly envious of the attention Wellesley College received over the original sculpture.  “Our giant globe blows the Sleepwalker away,” shrugged one Babson alum.

The agreement between the town and the artist is also said to include an option for an additional statue that would welcome visitors to the proposed Senior Center.

Town officials have not detailed just how much revenue the original Sleepwalker has generated for Wellesley, but plans for the new statues are ambitious. New Linden Square retailer Sleepy’s mattresses, for example, is being discussed as one possible sponsor for the works.

Check here for a more detailed plan for the Sleepwalkers.