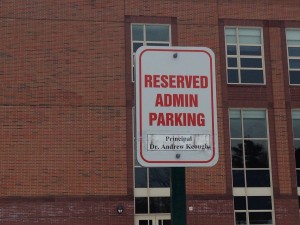 You can find their resumes and job application letters at the Wellesley High School Parent Teacher Student Organization (PTSO) website.

Chisum has been with the Wellesley Public School System since 1999, initially as an English teacher and later as interim head of the Middle School. It was widely expected in Wellesley that Chisum, who has been working on his doctorate in education at BC, would be a candidate.

One interesting twist: This marks the 2nd time Chisum goes head-to-head with a Newton North High School administrator for a principal’s job. He lost out to Deborah Holman, then a Newton North vice principal, for the Headmaster’s title at Brookline High School in 2012.

The Wellesley School System is hoping to make a decision by May 16.