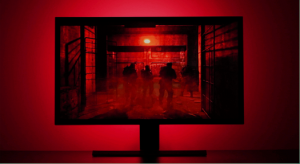 A startup formed by a crew of recent Wellesley High grads and now college students, who in June won a Boston hackathon, have now turned their idea for an easier-on-the-eyes computer experience into a tangible product.

Antumbra on Thursday launched a limited beta sale of Glow, a small gadget that attaches to the back of a computer monitor to spread the colors and light from the screen onto the wall behind it. The idea is to reduce the contrast between what you see on the screen and around it, thus lessening eye strain, especially for gamers and others who use their computers into the wee hours.

Only 100 of the $35 units will be available starting at noon on Oct. 9, so you’ll need to hurry if you want one. Or perhaps use your connections with the locals behind this project to see what they can do for you.

Though at least some of them will be busy later this month in Silicon Valley at the global edition of the hackathon they won locally. There, they hope to hit up possible investors so they won’t need to keep boostrapping their operation. 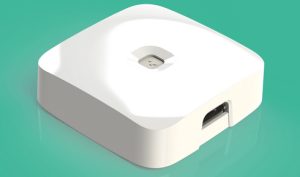