Wellesley residents were among the 400,000 households in Massachusetts forced on Thanksgiving Day to miss the Cowboys-Eagles football game and spend more quality time with family on the holiday as a result of a financial dispute between Verizon FiOS and Cox Media, which owns the Fox TV station that carries NFL games. Some of us even resorted to wholesome activities such as coloring and connect-the-dots. 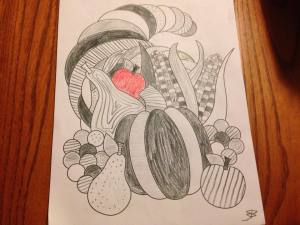 Among the especially ticked off Wellesley residents is Cimarron Buser, who started a Facebook group designed to encourage customers to take action such as complaining to the FCC, Verizon and Cox, including via social media channels such as Facebook and Twitter. Group members are also sharing about alternatives that could eventually lead some to cut the cable cord or at least switch cable providers.

Some chimed in about switching to a Spanish language channel on Verizon to watch the game (though it is not included in the basic package) or of setting up an HDTV tuner to grab Fox TV signals over the air. (“Turns out Wellesley is an ideal location to get Over the Air HDTV — we’re very close to the tower in Needham on Cabot Street,” Buser says.)

Verizon has never been especially football friendly, not even including the NFL Network in its basic package (at least that’s true for us).

One happy note: The Pats-Packers game on Sunday is on CBS, not Fox.