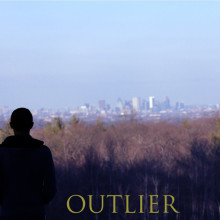 This might be a first for The Middle East music club in Cambridge: Two hip hop artists who grew up in Wellesley will be taking the stage on Sunday Dec. 28.

The headliner that night is Cam Meekins, a Wellesley High grad who has been rapping his way across the country and is up for a Boston Music Award this month. We’ve written up Meekins a number of times over the years on this site, including after we attended his concert on the town green in 2011.

But we haven’t mentioned Boston-born Alex Schechter, who will be one of the opening acts at the Middle East show (TJ Hickey is also on the bill). Schechter spent most of his youth in Atlanta but then lived in Wellesley while attending middle school and high school, where as a freshman he briefly shared a tech music class with Meekins. But after freshman year Schechter transferred to Beaver Country Day School, where his dad works, and it turned out to be a good move. Coming to Beaver “let me be who I really wanted to be. I could try things that I never even thought of trying…music!” he says.

Schechter is now a freshman at Dickinson College in Pennsylvania, where he intends to major in English. He’s already gained attention as “The Rapper” on campus, performing at open mic and talent shows, and even freestyling on the street for those who ask.

The teen says he came to love hip hop while living in Atlanta but really didn’t pursue rapping himself until he took part in a talent show as a high school sophomore (covering Macklemore‘s “Otherside”) and won $150. He then spent about 2 years writing lyrics for an “inspirational rap” album dubbed Outlier, initially comprising 35 songs but then whittled down to 7. He raised some of the funds to produce the album via the Indiegogo crowdsourcing website, and you can find it now on music services like iTunes and Spotify.

Schechter’s parents have been very supportive of his musical pursuits and he says many of his lyrics relate to them, including serious health issues they’ve experienced.

Schechter recently opened for a musical performer named SonReal on his national tour, which made stops at the Middle East and NYC’s Webster Hall. The young rapper says he’s currently being considered as an opener for a show at the House of Blues in Boston as well.

And it’s not all about being an opening act. Schechter has his first headlining gig at the LilyPad in Cambridge on Jan. 6.