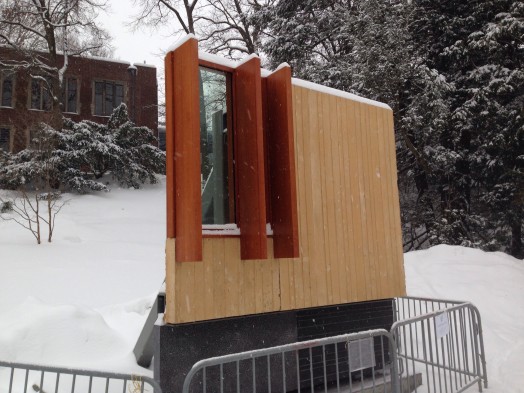 When I first spied this artsy-looking outdoor piece on the Wellesley College campus I assumed it must have been a promotion for the new Parviz Tanavoli exhibit launching this week at the Davis Museum. Yes, I figured it was a less audacious follow-up to last year’s nearly-naked “Sleepwalker” by Tony Matelli.

But no, as a small sign spells out, it’s actually “an exterior finish mock-up for the Pendleton West Renovation and Addition project. The finishes depicted here are proposed for the Addition and include board formed concrete, timber curtain wall and windows, as well as options for the stone base.”

Pendleton West is an academic hall on campus that houses studio arts, but began life as a science building. 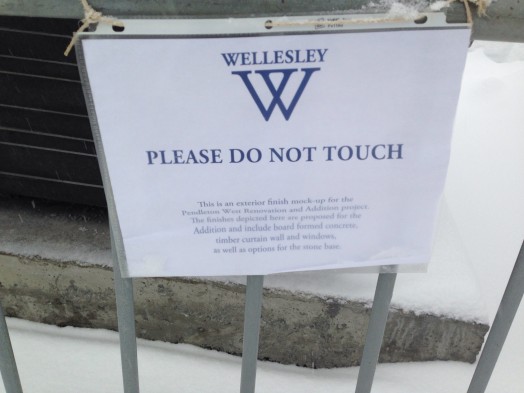