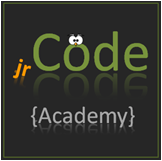 When a couple of Wellesley moms wanted to expose their fifth-grade daughters to computer coding, they went online and did an intro to coding class together. Their kids loved it and came home after school every day eager to do more. When they finished the online class, moms Ruth Keyes and Nicole Zajec searched for a community class in the surrounding area that could take their daughters’ programming skills to the next level, but couldn’t find anything that fit. So they decided to create JrCode Academy.

To get JrCode Academy up and running, Keyes and Zajec first managed to secure a classroom at the Wellesley Community Center, then found Computer Science students from Olin College and Wellesley College to help teach the class with the goal of introducing kids to a life-long love of computer languages. With the classroom ready, the teachers on board, and a philosophy in place, they sent out an email to a small network of like-minded parents to gauge interest. Twelve hours after that first email went out, they had a full classroom roster and had to start a waiting list.

From that initial roster of fifth-graders, JrCode Academy has grown to offer about a dozen classes for rank beginners to intermediate programmers. Classes for kindergarten – 1st grade get kids to understand the basics of coding by teaching them to program their own computer-based stories and games while they learn to solve problems and express themselves creatively on the computer.

2nd – 5th graders can take the Introduction to Computer Programming class, which is geared toward students who want to learn the basics of computer programming through interactive stories, games, and animations. The goal of the collaborative and fun class is to generate interest in computer programming as they grow up in a technology-driven world.

Intermediate students up to 8th grade learn more comprehensive programming skills and are introduced to concepts such as functions, conditional statements (if/then), and using data with variables. Also designed to be fun and interactive, the class will start to build foundational programming skills as students progress to more sophisticated programming platforms such as Object Oriented Java.