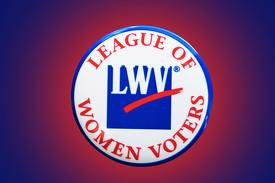 The League of Women Voters of Wellesley will hold a forum on Thursday, February 26 at 7pm in the Wakelin Room of the Wellesley Free Library for voters to meet the candidates for elected office on the slate for the Tuesday, March 3 Town of Wellesley election. Retiring Town board members will also be recognized and honored.

Wellesley votes next week for town-wide positions such as Library Trustees, Board of Public Works, and School Committee. Harriet Warshaw and incumbent Neil Glick have the distinction of running the only contested race, that for the single spot currently open for the Planning Board.

In addition to casting their ballots for the movers and shakers that make this town run,  voters will be asked to decide on one ballot question regarding the North 40, which reads as follows:

“Shall the Town of Wellesley be allowed to exempt from the provisions of Proposition two-and-one-half, so called, the amounts required to pay for the bonds issued in order to fund the costs associated with the purchase of the property at 156 Weston Road, commonly known and referred to as the “North 40” consisting of approximately 46 acres more or less?”

If the “ayes” have it, the town will move forward with the purchase of the North 40 from current owner Wellesley College, good news to those who use that area for gardening and trails walking, as well as those who are in favor of preserving half the property as open space.  If voters take a pass, the property will become available to other buyers.

Here’s the list of of positions and the people who want to be voted in: