UPDATE: And the winner is….Sophia Garcia 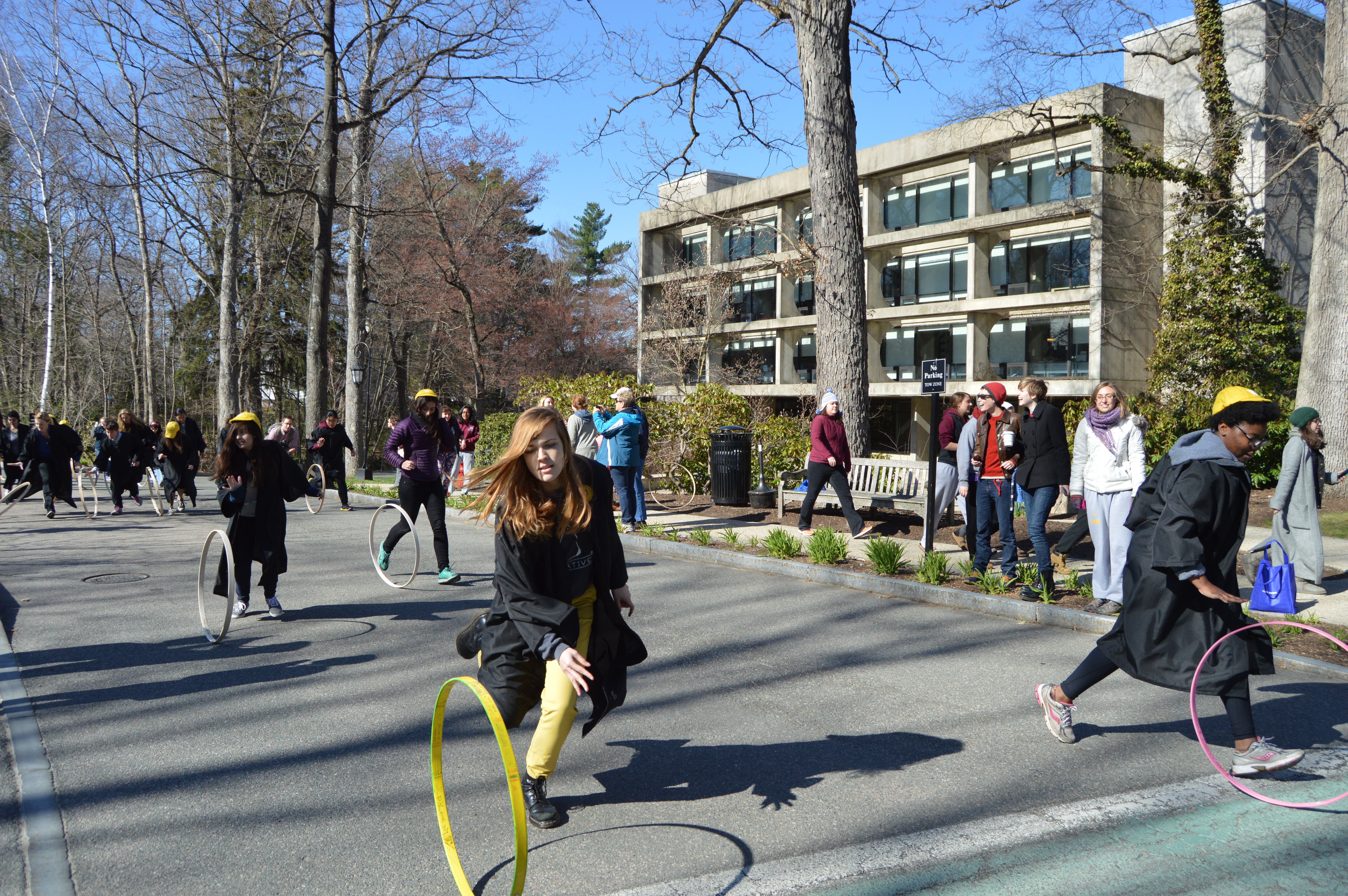 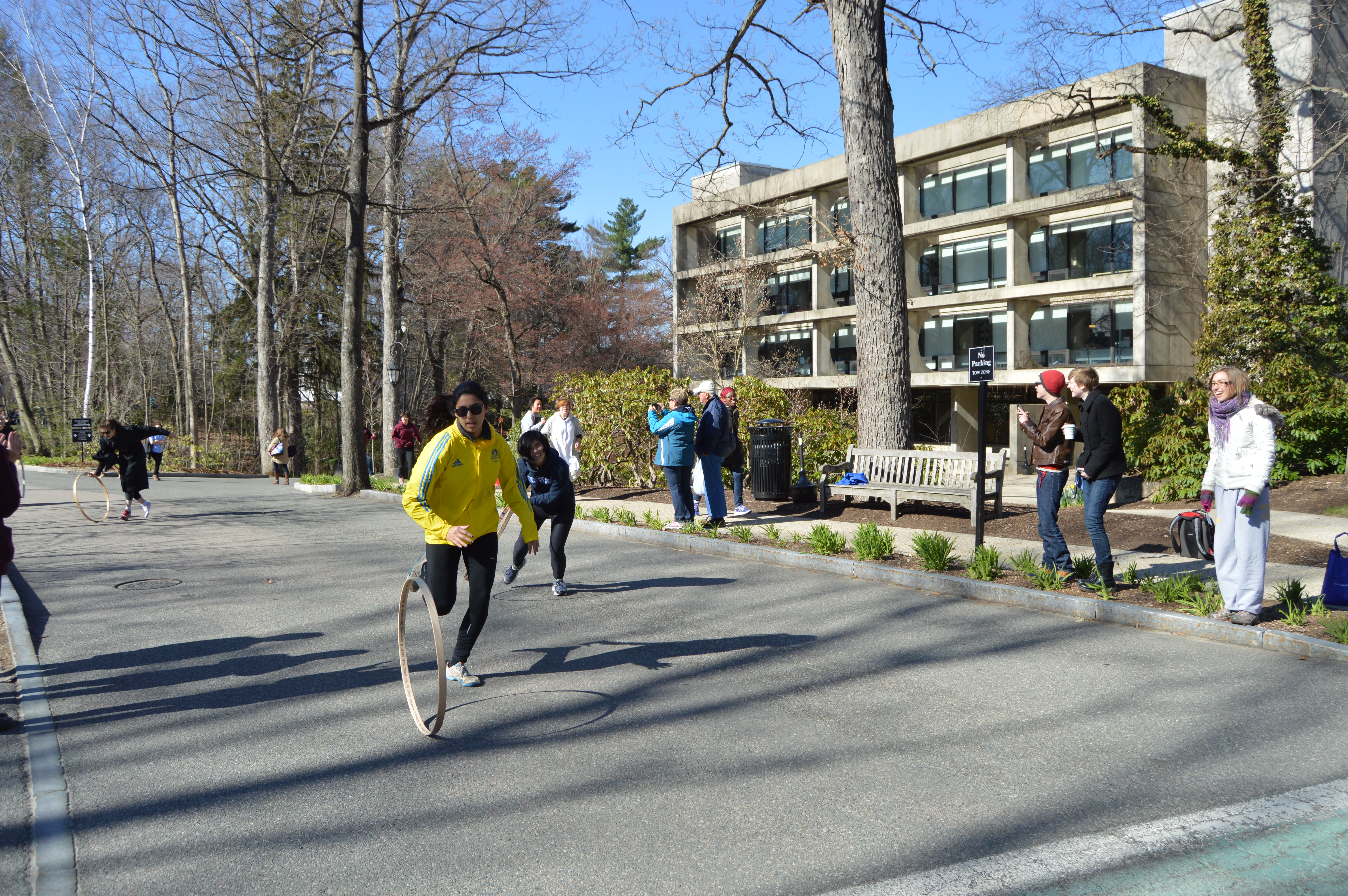 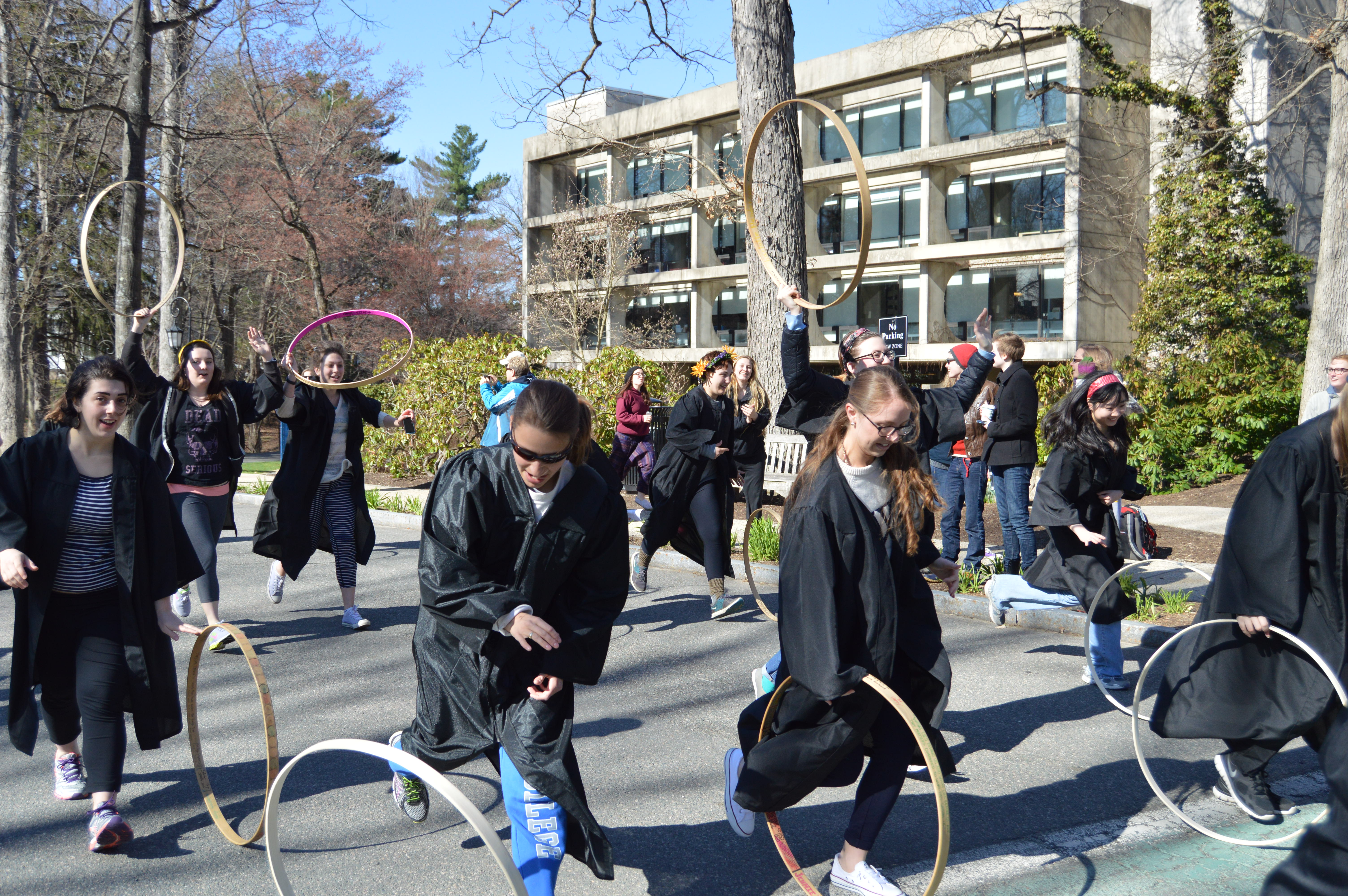 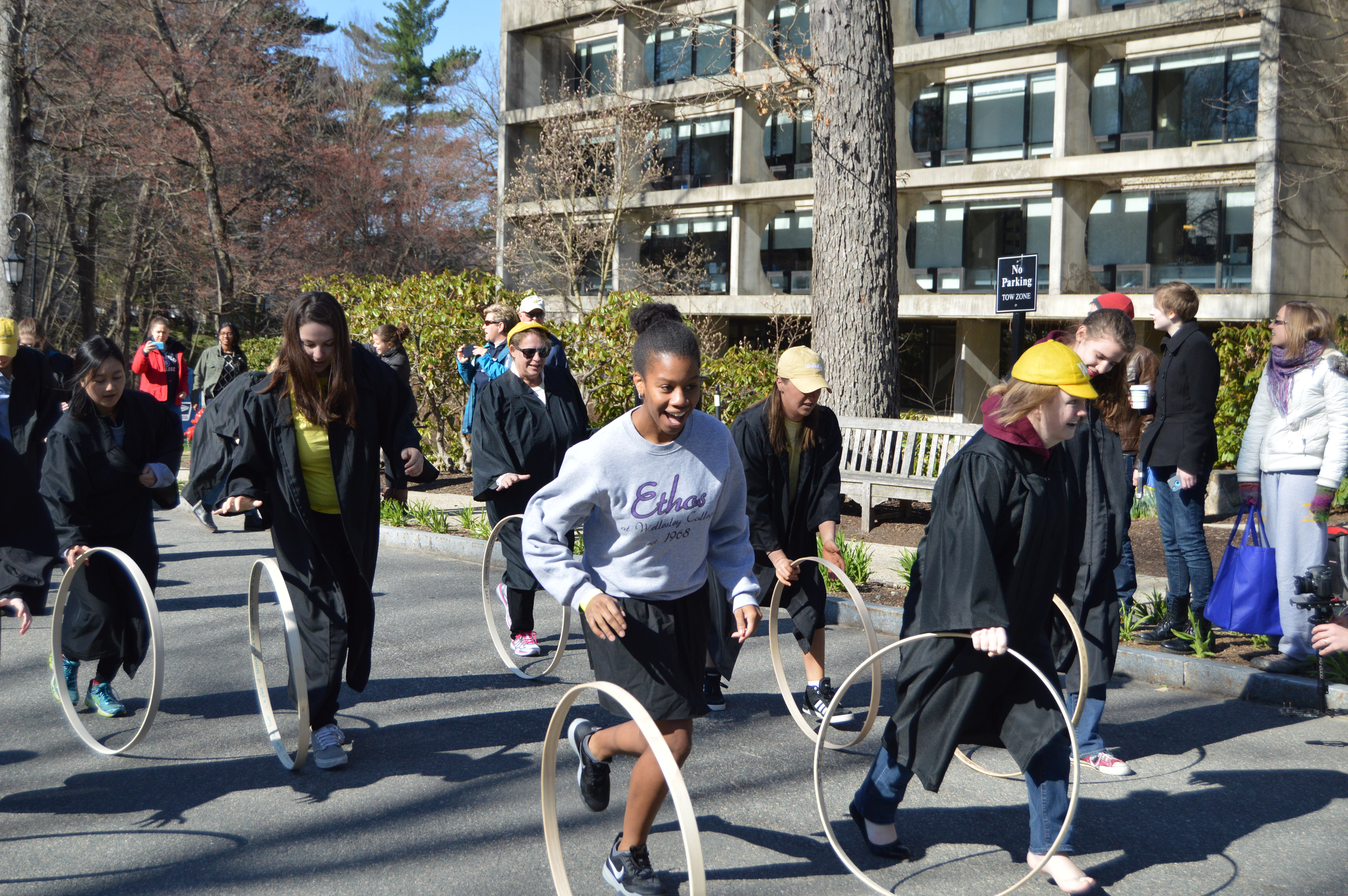 The 120th annual hoop-rolling race at Wellesley College takes place Saturday at 9am. If you’ve never seen this local tradition live, it’s worth a look, as seniors dressed in gowns spin their wooden hoops down Tupelo Lane on campus.

The most eager and crazy students even sleep out overnight for a chance to win the race and get tossed into Lake Waban.

Some brave students are already lined up for Hoop Rolling!! #staywarm pic.twitter.com/wdhJoRY0kv

Actually, maybe the craziest are the ones who combine hoop-rolling and marathoning.

Hooprolling through the @Wellesley Scream Tunnel during @bostonmarathon '15. Thanks to @thewholedamnbus for the hoop! pic.twitter.com/z9R3eIcDkv