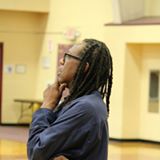 MassBay Community College has named Bill Raynor, the school’s athletics director, as the commencement speaker for the class of 2015. Commencement exercises will be held on Thursday, May 21, at 6:00pm.

Raynor has led the college’s men’s basketball team to national wins, most recently earning the New England Region XXI championship in 2013. He has also been named Coach of the Year for Region XXI and National District 8 in 20098, 2011, and 2013.

No slouch on the court himself, back in the day Raynor was a star basketball player for Catholic Memorial High in West Roxbury. From there he went on to study at Dartmouth College while scoring over 1,129 points for its Division I basketball team. After he graduated, he took coaching positions at Brown, Harvard, and Holy Cross before MassBay scored him ten years ago.

Raynor is known around campus as not only a coach and an athlete but as a poet. His players encouraged him to publish his sports poems, which he uses as a motivational coaching tool, so last year he did. His collection of poems, Poetry in Motion, the Meaning of Sports in Everyday Life, can be found here.

In addition, he founded the Young Men of Color program at MassBay, developed to help male minority students succeed in college.