Hopkinton and Ashland can fuss about where the Boston Marathon began or begins, but there’s no arguing the fact that Wellesley is smack in the middle of the 26.2-mile course. We own from about mile 12 to 16, traversing Rte. 135 at the start and crossing over to Rte. 16.

(this zippy Motiv video from Wellesley High grad and app developer extraordinaire Nicholas Peretti takes you down the course a lot faster than even the fastest runners will go). Among the highlights of the course is the Scream Tunnel at the Wellesley College entrance, where students get loud, make custom signs and even smooch the sweaty hoards. The students used to actually form a narrow tunnel around the runners, squeezing them in, but now barriers keep the students to one side of the road.

Another highlight this year will be the thousands of special daffodils planted along the course as a living memorial  to those who were killed or injured during the 2013 race. This is the second year of daffodil plantings. 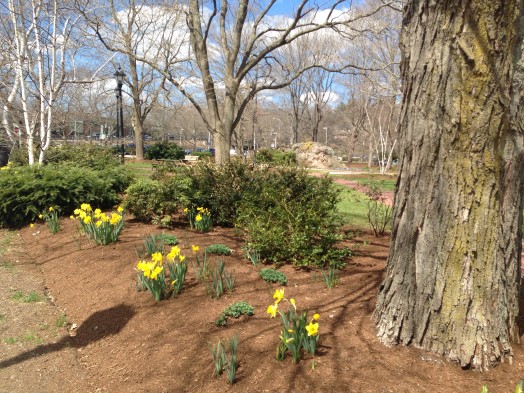 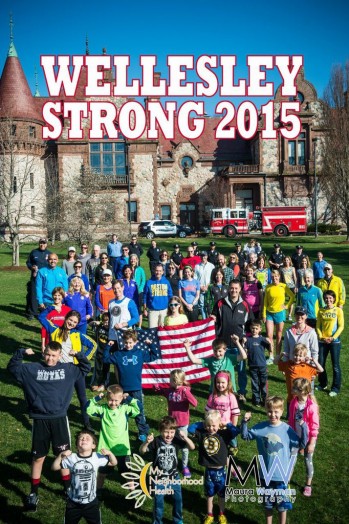 The serious side of the Marathon: See something, say something signs dotting the course, including in Wellesley Square. 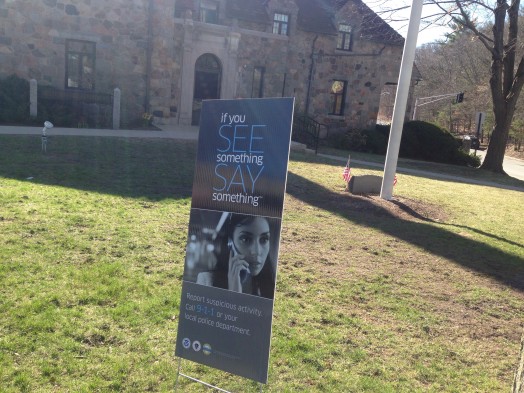 Wellesley roots on Army Capt. Jake Murphy as he wheels across course