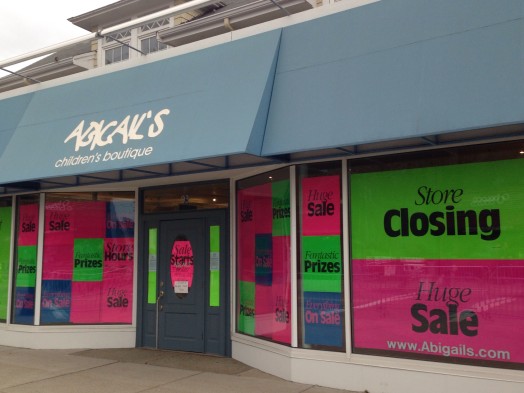 Abigail’s Children’s Boutique, which has been at 93 Central St., in Wellesley Square for at least the past 20 years, is shutting down.

The store, which sells clothes and gifts for infants to pre-teens, will be be closed Monday through Wednesday this week, then re-open Thursday, April 23 at 10am for a big store-wide retirement sale.

Abigail’s got its start on Cape Cod when a mom with a child named Abigail wanted to dress her daughter in classic-style clothes and figured others wanted the same for their kids. Two young moms assumed ownership of the store in 1995 and launched an e-commerce site in 2005 that served customers around the world.

Marathoners can bid the store farewell on Monday as they run by. We wish the owners best of luck in whatever comes next.