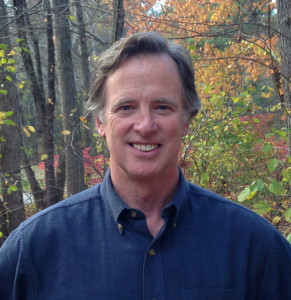 Wellesley High School’s own David McCullough, an English teacher there, wrote an op-ed piece for The Boston Globe today to dish out advice to those who would be graduation bloviators, or commencement speakers as they are more commonly known. Sagely, he notes that “Speakers would like to be profound but accessible, wise but entertaining, timeless but topical. Witty would be nice, too, if not outright funny.” Sound advice from someone who not only has a reputation of being all of that in the classroom, but who has actually donned the robe and served as commencement speaker for Wellesley High’s Class of 2012. Except when he took the stage, he showed how to transform the dais of bloviators into the stage of sense with a little something called the “You’re Not Special” speech, and the world took notice.

McCullough himself seems to consider all that fuss just another part of his deep, dark past. In The Globe piece he somehow managed to write an entire op-ed on the subject of nailing the fine art of the graduation speech without once mentioning his own success doing just that. We’re talking the kind of success that led to over two million Youtube views of his speech, that in turn led to a one-year sabbatical from his teaching duties, that in turn led to a best-selling book, that in turn led to speaking engagements and a book tour. Impressive, to me, anyway. McCullough himself remains rather unimpressed with himself.

The man is shamelessly humble, a model of modesty, the kind who avoids the spotlight yet every now and then finds himself doused in its glare. Such old-timey New England modesty is hard to come by in this era of enthusiastic self-promotion.  He does admit to having attended (an unnamed) prep school, and it’s likely safe to assume that it wasn’t one of those prep schools for wayward boys. When really sharing, he’ll go into further detail about his early accomplishments by mentioning his time at “college” (i.e., Lafayette College and the Bread Loaf School of English at Middlebury College). But the man cannot be counted on to be at all forthcoming about his most impressive professional accomplishment, that he managed to live and teach in Hawaii, snow-less land of paradise, for about ten years.

Honestly, if he had a secret Nobel prize tucked away somewhere under an assumed name, I wouldn’t be a bit surprised.

You can read McCullough’s speech in its entirety here.

In contrast to McCullough, here at Swellesley, we are the “like me” types. Please do so on Facebook, won’t you?