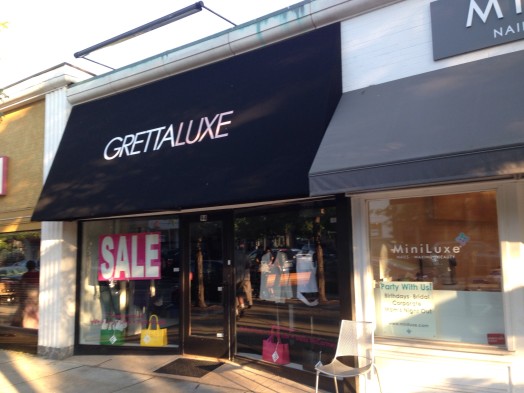 The Gretta Luxe shop at 94 Central St., in Wellesley Square was burglarized after midnight on Thursday, with whoever did it smashing through the front door with a boulder (according to our tipster) and absconding with pricey purses and possibly other merchandise.

Here’s what Wellesley Police have reported:

A store employee responded and indicated that several items were taken from the store, to include purses with values ranging from $1,800 to $2,000.  The employee will provide a detailed list of items taken later.  The Wellesley Police Emergency Communications Center assisted the store employee with making arrangements to have a company secure the front door.  Detectives were notified of the break.  The incident remains under investigation.

Two commercial break-ins were reported in Wellesley during the first 4 months of this year.