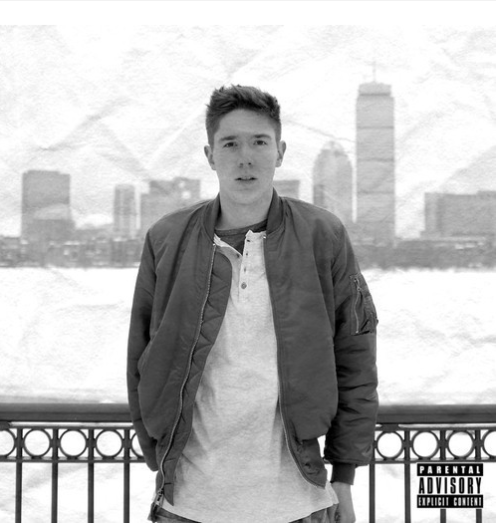 Rappers are known for their flair for the dramatic, so when we saw that Wellesley’s own Cam Meekins, the 2011 graduate who has gone on to forge a career for himself in the music industry, was planning a big announcement on his Facebook page, we were all aflutter. Just remember, you heard it here second.

The big news: Meekins is releasing a new album titled Stories From The Green Line. The title is a nod to Boston’s mass transit system and his love for the city he left behind after signing a deal with Atlantic Records that took him out to Los Angeles. What sounds like a dream come true Meekins says instead turned out to be an exercise in frustration “…going to the studio all day to work on songs I had no interest in making about stuff I didn’t want to talk about.”

After hitting emotional rock bottom in soul-sapping LA, Meekins traded his musty-smelling studio apartment in Hollywoood, along with the meager resources Atlantic Records provided, for Boston and artistic control. In the process he says he’s burned a lot of bridges at the major labels, but he’s still got his fans. Does he ever. We only wish we could put up the kind of Facebook numbers this guy does. 51k followers? 200 likes just for announcing an upcoming announcement? We’re not jealous or anything…

Stories From The Green Line will be available for preorder starting next week. When the preorder hits 5,000 downloads, Meekins will donate $20,000 to the American Foundation for Suicide Prevention.