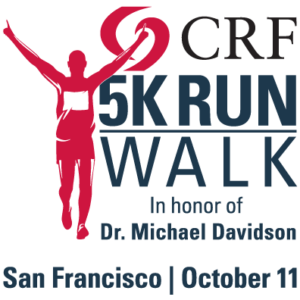 More evidence that slain cardiac surgeon Michael Davidson‘s influence extended well beyond Wellesley, where he lived, and Boston, where he worked: A 5K run/walk was held in his honor over the weekend all the way across the country in San Francisco.

The CRF 5K run/walk in Davidson’s honor attracted dozens of participants, and started and ended at the ballpark where the San Francisco Giants play.

The race was held in conjunction with the Transcatheter Cardiovascular Therapeutics meeting, the world’s largest educational conference focused on interventional cardiovascular medicine. The race was called to our attention by a Wellesley resident attending the meeting.

“It was nice to see Michael and his family recognized to celebrate his life and his contributions to his medical specialty,” the reader wrote, further explaining that Davidson was among “a tight-knit global community of world renowned cardiovascular specialists.”

Earlier this month, Davidson’s life was celebrated via a rock concert at the Paradise Club in Boston, where friends and family played and enjoyed the music.