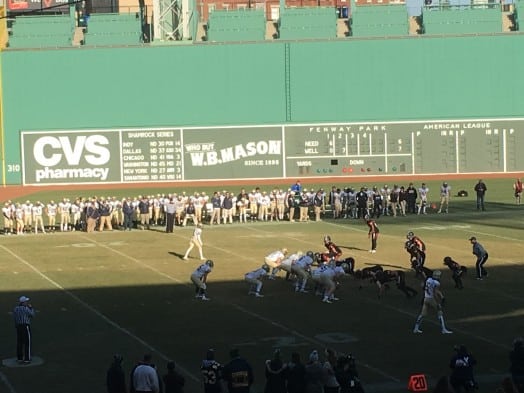 Football at Fenway turned out to be slightly less fun for Wellesley High than it was for Needham High, as the Raiders concluded their up-then-down season with a fifth consecutive loss after winning their first six. But the atmosphere at Fenway, with thousands of Needham and Wellesley fans interspersed and crowded into the grandstand section, was one that no one who attended will forget anytime soon.

Raiders letterman jackets were aplenty, some fitting more snugly than others on the alums who took in the 128th meeting of these rivals in which Needham prevailed 12-7 on a mostly sunny morning.

The Raiders looked to be carrying all the momentum approaching halftime, leading 7-6 on a second quarter TD run by WHS senior QB Jake Mohan and driving the ball deep into Needham territory, until a key interception and 97-yard return by Rockets linebacker Joe Gowetski gave Needham the lead with time expiring in the first half. It turned out to be the last trip to the end zone for either team.

The Raiders had several opportunities in the fourth quarter, failing to score from Needham’s two-yard line in a critical 4th and goal situation following a near-epic 17-play drive. A strong defensive effort, including Raiders defender Will Cramer throwing down Needham’s John Andre behind the line,  plus a solid punt return by Myles Cole, gave Wellesley one more chance, but 35 yards proved too much to gain in the final minute. Needham batted away a pass intended for Wellesley’s Griffin Morgan on the final play of the game.

Even the enthusiasm of the newly created WHS cheerleading team was not enough to deliver a victory for the Raiders, who averaged just 7 points per game for its last 5 games. However, that group showed its skills both at halftime and intermittently throughout the game. The WHS step team also performed at halftime, and its synchronous hand and foot rhythm helped to drum up school spirit as well.

Representing Wellesley music was the WHS pep band, which played motivational tunes for the players and fans during the game. Also, WHS’s Keynotes and Rice Street choral groups performed the national anthem to kick things off.

The abundance of Wellesley programs in attendance, and the swarms of alumni, parents, and students packing the stadium was a major change to the Thanksgiving Day tradition, and confirmed that the oldest public high school rivalry in the country is not even close to getting old. 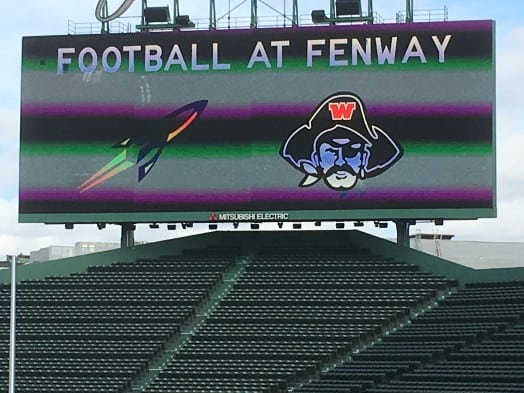 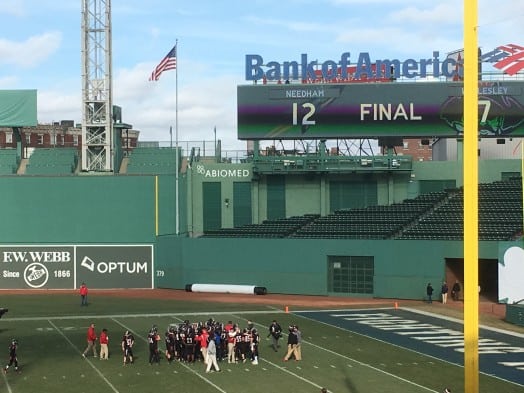 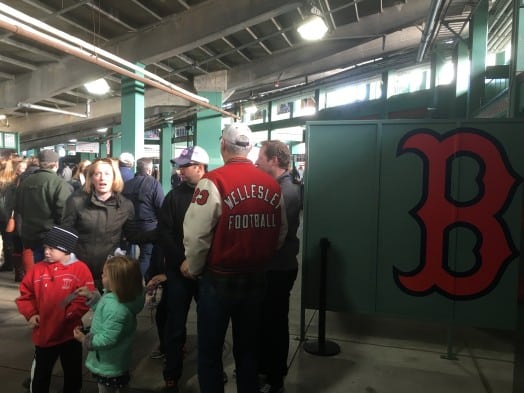