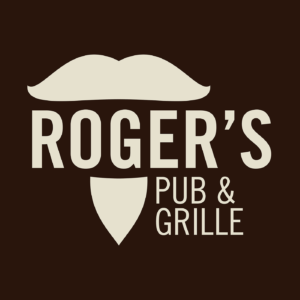 Wellesley has a brand new pub, dubbed Roger’s Pub & Grille, but before you think about heading over there do note that it is exclusively for the Babson College community. That community is defined as students, alumni, faculty, staff, family and friends, so there probably is a good chance most Wellesley-ites wouldn’t be more than one or two degrees of separation from a connection.

The new pub replaces the old former Roger’s Pub, which was located at Park Manor Central on campus, but closed in June. While we regret to inform you that Roger’s is described as a “gastropub,” the place looks nice. It’s located adjacent to Trim Dining Hall.

The new pub boasts a traditional bar with dark wood accents, a detailed tin ceiling, and eye-catching lighting fixtures. The space also includes an octagon room with additional seating and a game room with warm, wood paneling. In addition, Roger’s Pub now hosts the new ‘Grille Room’, featuring an industrial style of its own with exposed ceilings, textured glass details on two of the walls, and a stage for entertainment.

In addition to Roger’s, Babson also still has the Bottom Line Lounge, which is a sort of hotel-like bar — with pool tables — located at the school’s executive conference center.

In partnership with @babsondining, #Babson has re-opened the beloved Roger’s Pub as Roger’s Pub & Grille in its new location, adjacent to Trim Dining Hall. Visit the link in our profile to learn more.

MORE: Where to Eat in Wellesley