About 25 Wellesley High school wrestlers, coaches, alumni and friends (including a smattering of football players) dove into 2016 at the second annual Monk Dunk on New Year’s Day at Morses Pond. Another 50 or so people showed up to cheer on the crazed polar plungers and ready towels for them on their exit from the pond.

Coach Lou Grignaffini, who led his team into the drink, assured his young followers that the weather was nicer than last year, when he had to break up the ice off the surface first. Temperatures hovered a bit above freezing when we arrived on the scene.

The coach invited other WHS athletes to join the new tradition, but didn’t find many takers.

From one of those who did partake — and of drinking age, we assume — the refreshing dip was a good hangover antidote. 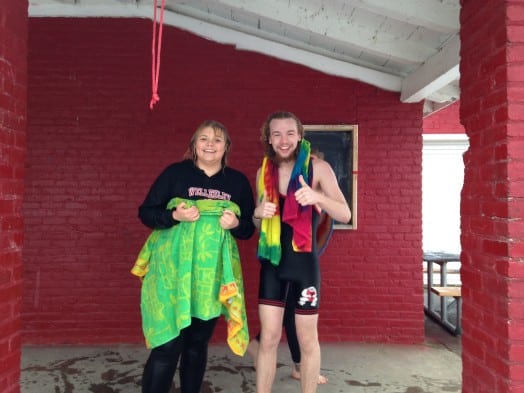 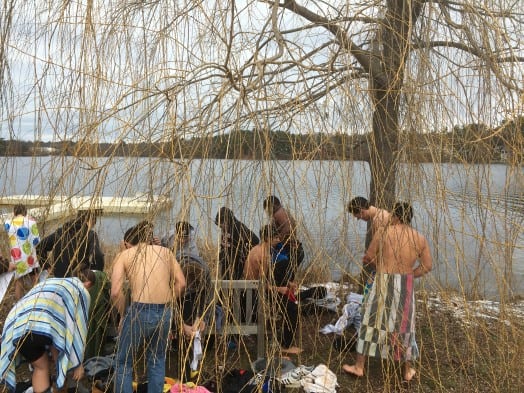 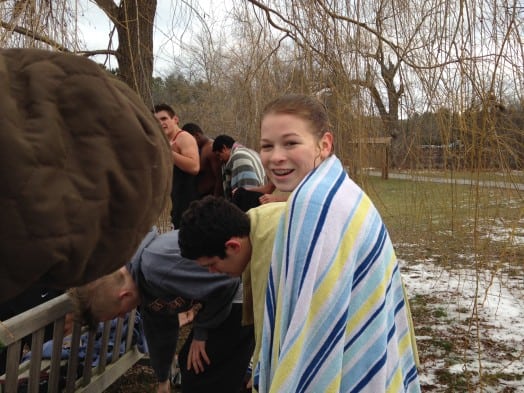 About that Monk: Some say the wrestling team’s Monk mascot stemmed from a wrestling gorilla who once wore the uniform, others say it depicts a coach and others say the monk morphed from a gorilla through a 1980’s wrestler’s drawing. Some say the answer to the riddle was buried along with the old high school.