Babson College and the nonprofit Commonwealth Shakespeare Company have extended their partnership for three more years, which means CSC will serve as the school’s resident theater company, ensuring that the arts and business continue to co-mingle and benefit from one another there. Babson and CSC announced their original partnership in 2013.

As a part of renewing the partnership, Babson and CSC announced the following spring initiatives:

Shakespeare & Leadership: Othello with Faran Tahir as the title character

When: Wednesday, March 9, at 7 p.m.
Where: Babson’s Carling-Sorenson Theater.
*The event is free but registration is required

Commonwealth Shakespeare Company’s fourth annual Shakespeare & Leadership on March 9 focuses on Othello, featuring the actor known as Raza in the 2008 Iron Man movie.  Shakespeare & Leadership features a staged reading of excerpts from the play performed by leaders from the business community alongside professional actors. A panel discussion follows the reading, where the participants address leadership questions and themes raised in the text.

Theatre in the Rough: Death and the Maiden featuring Pedro Pascal from Game of Thrones and Narcos, and Cote de Pablo from NCIS

When: Monday, April 25 at 8 p.m.
Where: Babson’s Carling-Sorenson Theater
*The event is free but registration is required

Presented by Commonwealth Shakespeare Company on April 25, Ariel Dorfman’s Death and the Maiden is the next installment of CSC’s Theatre in the Rough, a script-in-hand reading series presented without theatrical elements like sets or costumes. Starring Chilean actor Pedro Pascal (HBO’s Game of Thrones, Netflix’s Narcos) and newly added to the cast Cote de Pablo (NCIS), the play takes place after the fall of the totalitarian regime, when a former political prisoner finds herself face-to-face with the man she believes was her captor. Is he guilty beyond a reasonable doubt, or is her paranoia getting the better of her?

When: Friday, May 6 at 7:30 p.m. and Saturday, May 7, 3 p.m.
Where: Babson’s Carling-Sorenson Theater
Learn more and purchase tickets in advance » 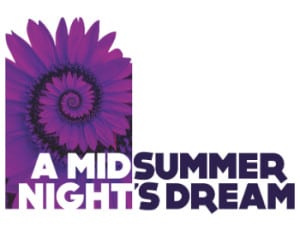