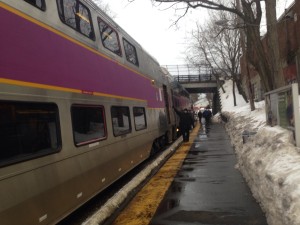 As we reported recently, Wellesley commuter rail users are concerned about proposed changes by the MBTA to the schedule, including the elimination of a key morning rush hour train. The T is collecting feedback online at this site and will be doing so through Feb. 12, so hurry up and chime in if this is an important issue for you.

One reader who asked us to repost information about this wrote: “I’m still meeting people who aren’t aware of this opportunity for feedback.” Another wrote: “Wellesley commuters get hosed!”

You can also email concerns directly to crschedules@mbta.com

New schedules are set to go into effect in late May.

In what we assume is a glitch in the MBTA survey system, the schedule that we and Swellesley readers have found doesn’t even list Wellesley Hills stations for inbound rides… 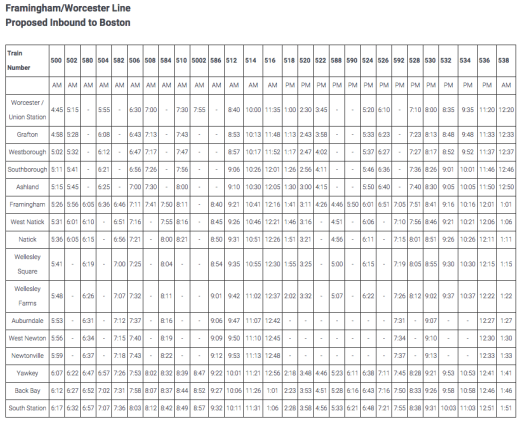