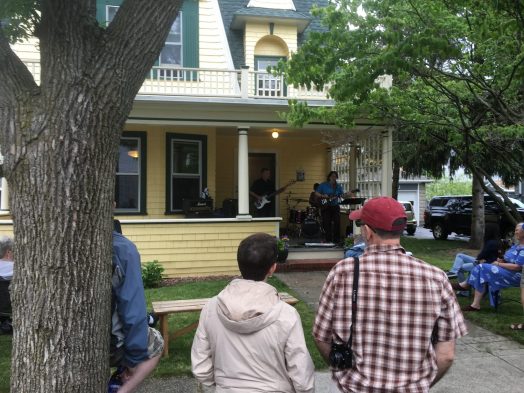 If you’ve never been to a Porchfest event, I suggest you add it to your list of things to do — and wonder if this is the sort of thing Wellesley might want to consider adding to its Wonderful Weekend activities.

For those not in the know, these are grassroots events in which dozens of musicians set up shop on porches (or in yards or in front of churches, etc.) and play all sorts of music for whoever drops by. Food and beverages are often served, and the whole shebang is family friendly. 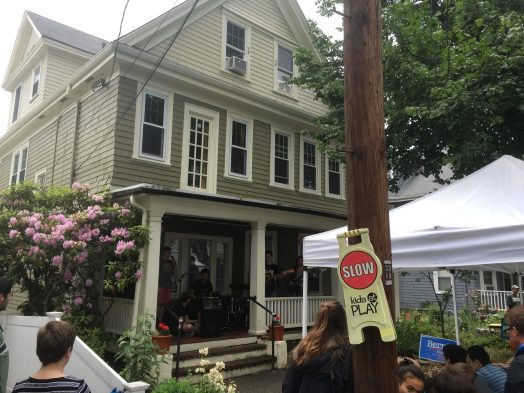 Local communities such as Arlington, Brookline, Jamaica Plain and Somerville are among those that hold these festivals (Jamaica Plain is the only one of those whose hasn’t already taken place this year). While homes tend to be close together in large parts of these communities, making walking or biking between music porches relatively easy, Wellesley could probably still pull something like this off in parts of town. I don’t think we’ve quite reached the saturation point on these sprawling musical spectaculars.

With the number of bands hatched in Wellesley by kids, moonlighting adults and professionals, there’s no shortage of musical talent around.

I hit the Arlington one on Saturday and in the span of a couple of hours caught about 10 of the 100+ bands performing on dozens of porches/stages. They ranged from jazz to Pink Floyd covers to Amy Winehouse-inspired R&B to 60s’ singalong to children’s music to teens jamming out alternative hits. While early rain probably scared off some people, good crowds were seen throughout the event, including at the gig by Newfane.

A couple of Arlington friends led me around, and that was definitely the way to take it in, though organizers also created an excellent phone app to help guide visitors. My friends’ teenage son begged off joining us to avoid what he perceived as a bunch of people having their mid-life crises, but there were people of all ages strumming and singing and drumming and taking in the music — including kids his own age. 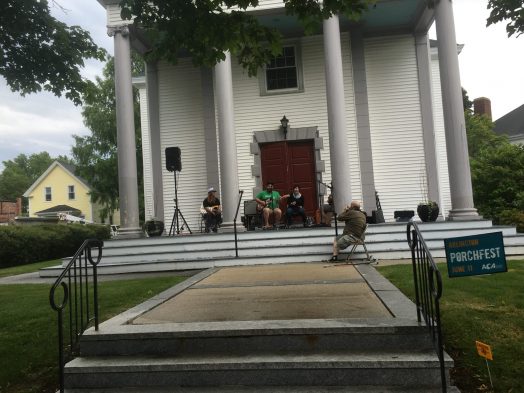 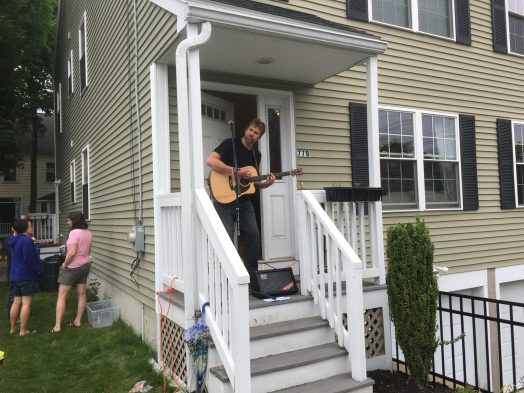 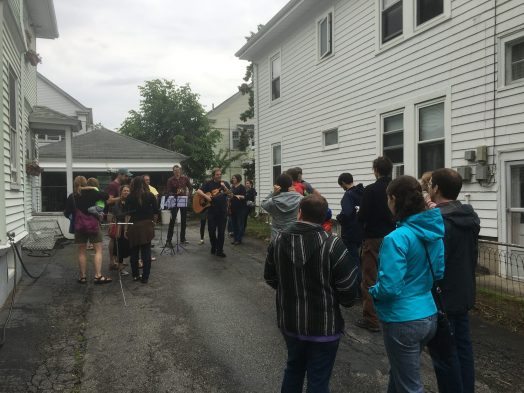 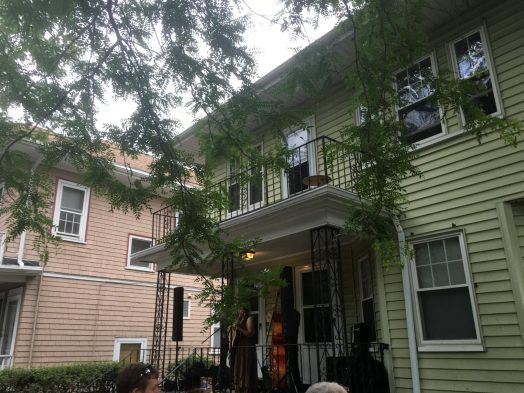