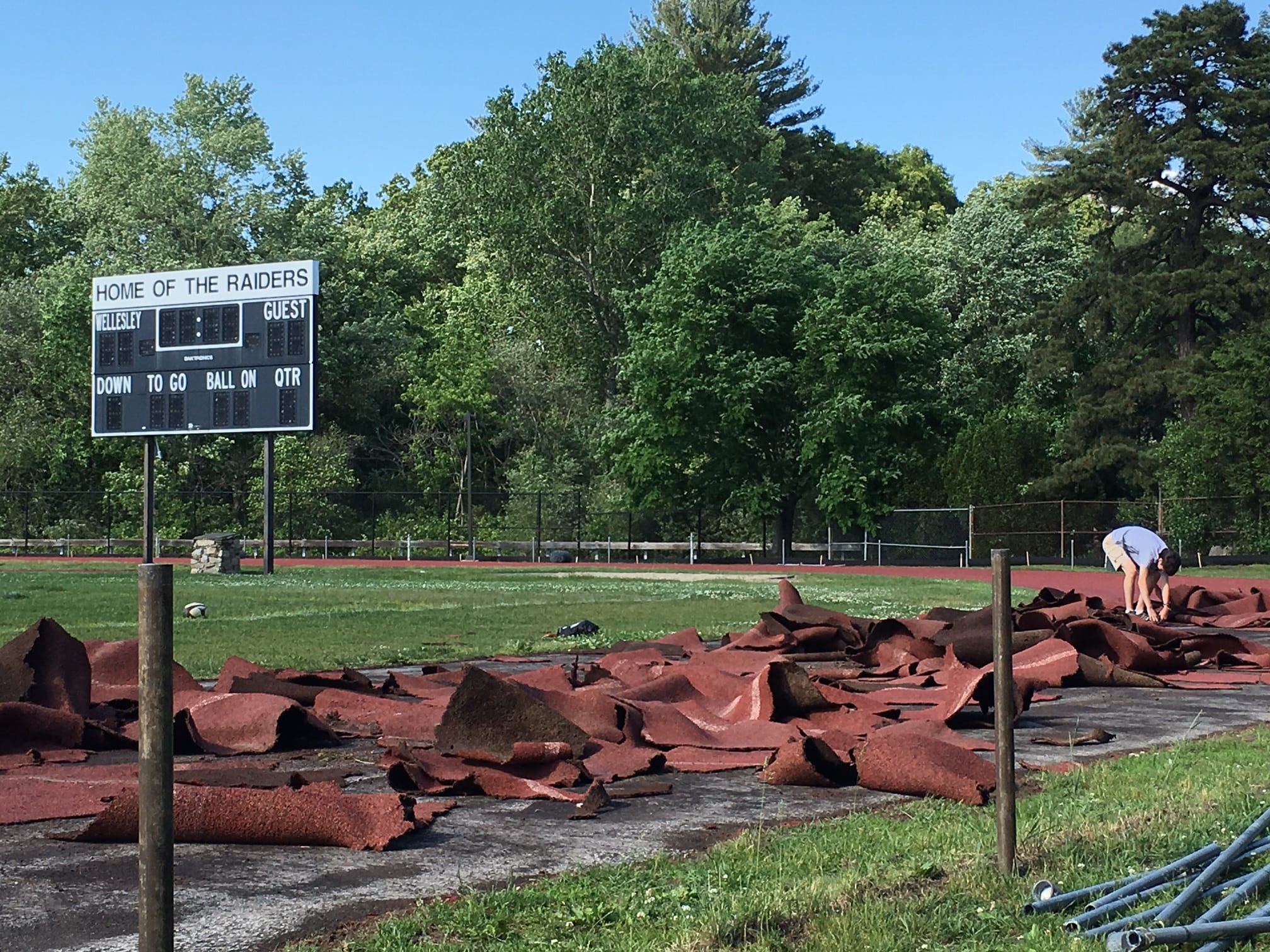 Ground has been broken to rebuild the track and field at Wellesley High School, and athletes with fond memories of miles run on the old track scrambled to the site to scavenge bits of the now torn-up synthetic material on which so many races were won and so many personal bests were achieved. A couple of Wellesley High track coaches were also presented with pieces of track by student-athletes at the outdoor track team’s annual banquet on Monday night.

Work on the project is scheduled to be completed by around the start of the 2016 – 2017 school year. It is funded by combined monies from the Community Preservation Act, taxes (an agenda item for 2016 Town Meeting), and almost $1.3M collected through private fundraising spearheaded by the Wellesley Field Fund, in what has been described as a public-private partnership that will cover the roughly $2.5M project.

When completed, the field will be widened so that it can be used by more athletes, which will help alleviate the squeeze on other fields in town. In addition, the track will be rebuilt. To spur donations, numerous fundraisers were held, from beer-food tastings to flag football to Wellesley Country Club affairs. You can still donate, such as by purchasing an inscribed brick to be included in the track and field walkway. 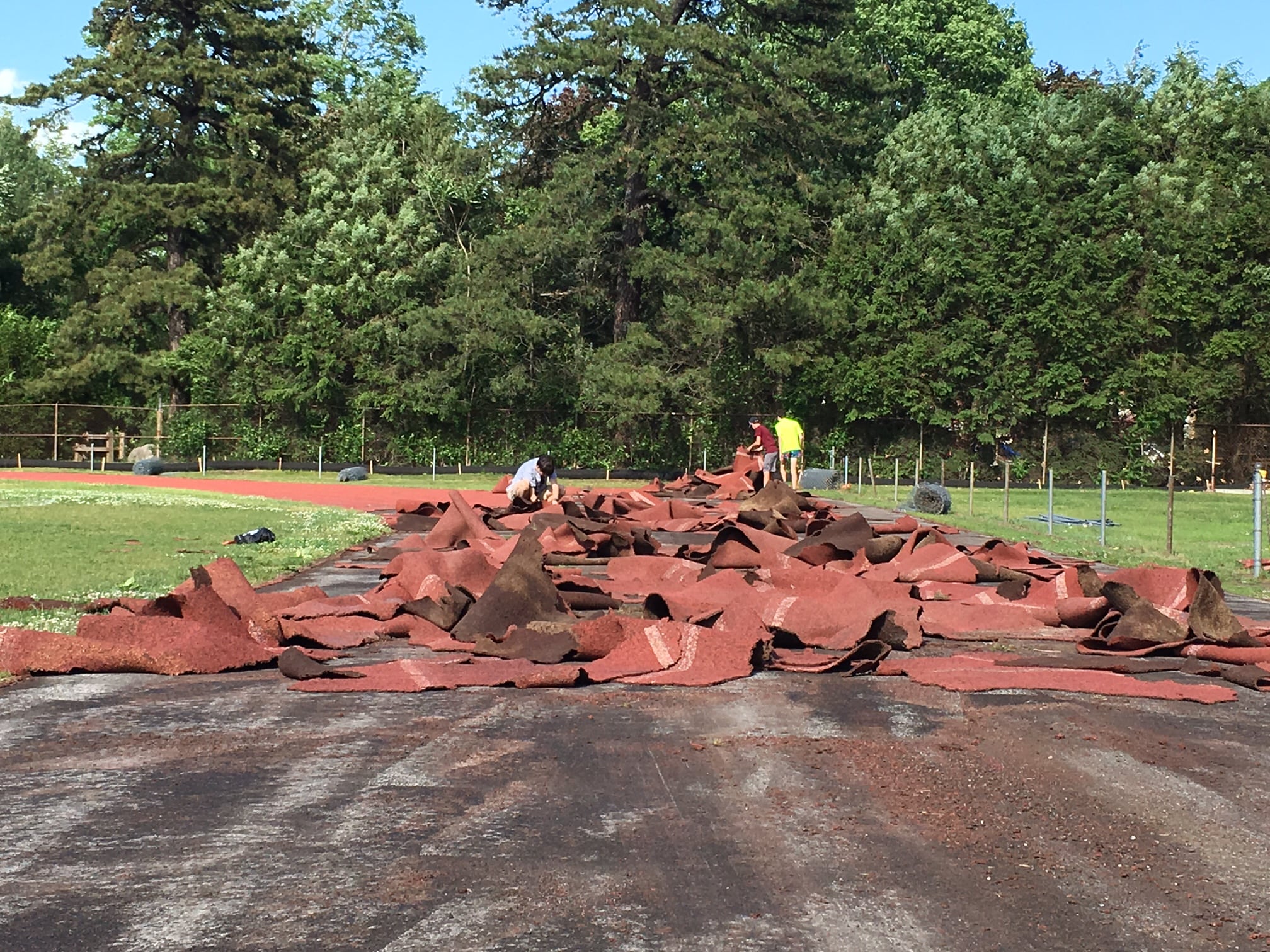