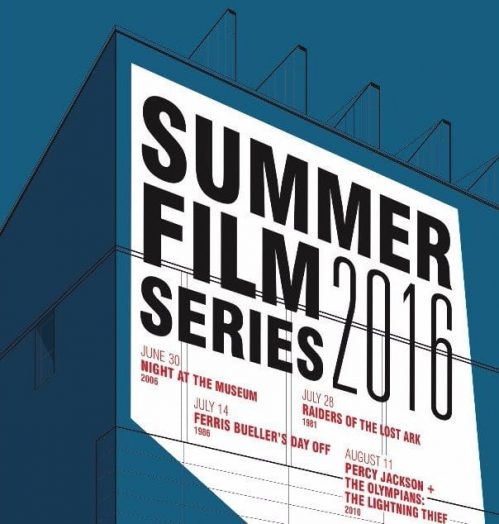 The Davis Museum at Wellesley College this summer invites you to bring a chair and blanket and hunker down on the museum plaza to catch a film (free), eat some popcorn (free) and ice cream (for sale), and drink a brew (for sale, if you’re old enough). Screenings start at dusk, but come as early as 7pm for some art making.

The Davis ReDiscovered: Summer Film Series features four movies that include museum themes or scenes, including Night at the Museum (June 30); Ferris Bueller’s Day Off (July 14); Raiders of the Lost Ark (July 28); and Percy Jackson and The Olympians: The Lightning Thief (Aug. 11).