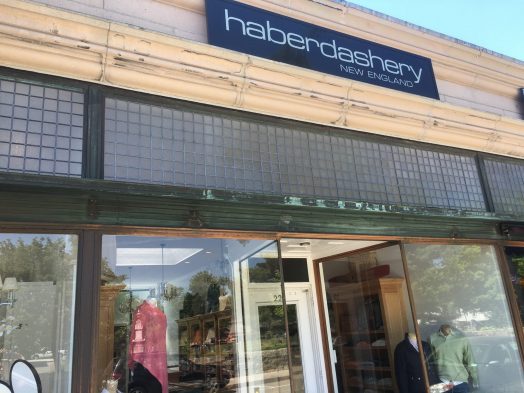 Maybe we jinxed the Haberdashery at 22 Church St., in Wellesley. About a week back we took a picture of the outside of the store, realizing that we didn’t have one and figuring we could use it — just in case.

Then over the weekend we — and Swellesley readers — noticed that the shop had been cleaned out. If  the Haberdashery has done so for a remodeling, there are no signs on the door or windows indicating that. The business has a very limited online presence.

The Haberdashery’s tenure in Wellesley was not nearly as long as its predecessor at that location. The Haberdashery opened in late 2013. It replaced The Triangle Shop, a women’s clothing shop that  had been there for more than 80 years.