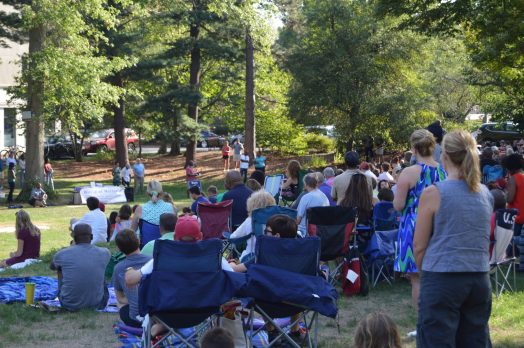 By our count, at least 300 people showed up at Wellesley town hall green on Sunday afternoon to support a family targeted in an online racial incident over the summer by a group of 7 boys in Wellesley and nearby communities. Dad Tendai Musikavanhu and his teenage son (the latter is shown speaking below in the Instagram video) both in turn expressed their faith in Wellesley to work to address the situation and underlying issues going forward.

“This event, occurring in one of the country’s most affluent, sophisticated towns, is proof that no one is immune to racism, whether as a victim or a perpetrator,” the elder Musikavanhu said.

The gathering was organized by World of Wellesley, and included many local movers and shakers, including Wellesley Public Schools Superintendent David Lussier, Wellesley High Principal Jamie Chisum and State Rep. Alice Peisch. Wellesley High is holding disciplinary hearings with the students involved to determine what if any actions will be taken as school starts up this week, and school officials have formed a committee of about 3 dozen people — including those from local colleges, students and police — to address racial issues on an ongoing basis.

At one point during the event on Sunday, World of Wellesley’s Michelle Chalmers instructed attendees to take a break and discuss the issue with those near them, and indeed people reached out to others they didn’t know before.

WBUR and others reported on the event as well. 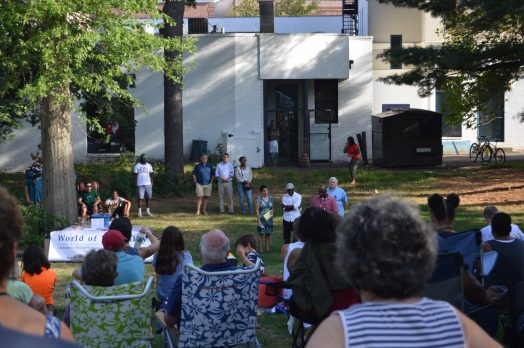