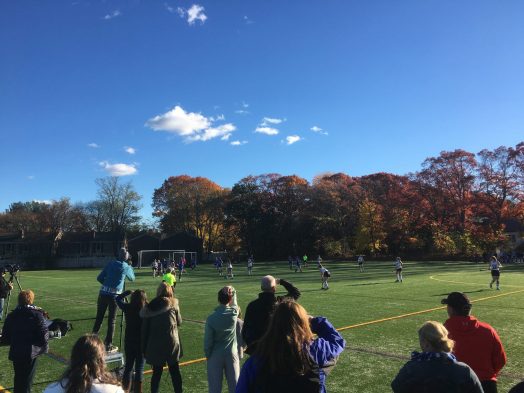 A big crowd of parents, students and others showed up at Sprague Field on sunny Friday afternoon to root on the Wellesley High School Raiders field hockey team, which brought a 10-2-4 record into its first-round playoff game vs Braintree High. Wellesley scored first, Braintree knotted it up at 1-1, then Wellesley went ahead 2-1 before the half. Neither team scored in the second half, which Wellesley dominated.

I recorded the first 13 minutes and the last 8 on Facebook Live, though I can’t claim it’s very easy to see the players. But reactions of the Braintree fans are entertaining in the clip embedded below: 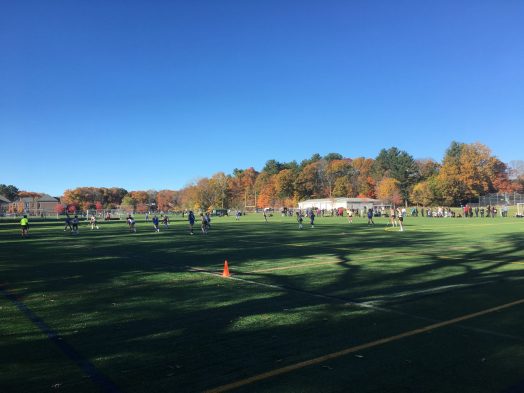 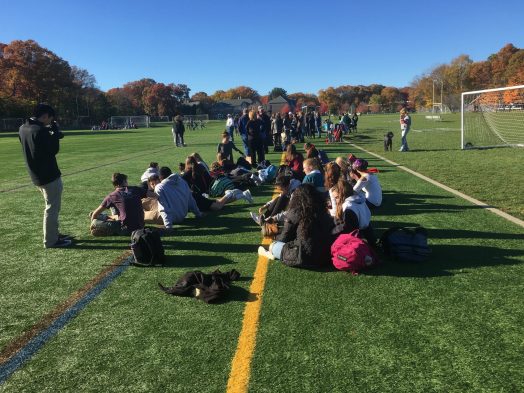