Chuck Collins, the keynote speaker at Monday’s 17th annual World of Wellesley MLK Jr. Breakfast, gave away an inherited fortune at the age of 26 and has been fighting economic inequality since as a researcher and writer. His example, and those of others whose true stories Collins shared during his talk at Wellesley College’s Alumnae Hall, might seem extreme to some, but he said serious action is needed for change in a time when most income and wealth gains are being reaped by the richest of the rich.

“We are living in a period of extraordinary inequality,” he said, citing stats such as real wages being stagnant for more than half of the U.S. population for almost the past four decades. Looking more specifically at the racial wealth divide is even more alarming, Collins said, pointing to fresh research that he co-authored titled “The Ever-Growing Gap”.

“These conditions are not good for anyone,” he said. “They undermine everything we care about — democracy, social mobility, health, culture, sports… these trends are bad for everyone, including people in the wealthiest one percent.”

Collins is urging the wealthiest, yes he mentioned Wellesley and Weston, to shift their riches from offshore tax havens, etc., and back into local communities. Echoing the words of Martin Luther King, Jr., Collins said well-off Americans need to be honest with themselves about their advantages. “If we can’t fess up to that… we’re not going to be able to change the rules and policies.”

If you missed Collins’s talk, be forewarned that you’ll be hearing plenty more from the author in months to come. His book, Born on Third Base: A One Percenter Makes the Case for Tackling Inequality, Bringing Wealth Home, and Committing to the Common Good, is this year’s selection for the Wellesley Community Read (last year it was Debby Irving’s Waking up White).

Following up on the Collins talk, Wellesley College Dean of Religious and Spiritual Life Tiffany Steinwert asked attendees to write on yellow sticky notes one action against inequality they would take this week and post them on a  Community Resolutions board on their way out of the event (we committed to writing about the breakfast!).

The event was attended by Wellesley community leaders, local students and residents (including friends from Wellesley ABC), and Wellesley College representatives, the latter of which welcomed guests to the campus. Entertaining the crowd were the Kuumba Singers from Harvard College, who belted out three songs, including “Lift Every Voice and Sing,” which was introduced as the Black American National Anthem.

World of Wellesley’s Michelle Chalmers also took the opportunity to give attendees a heads up that a new campaign called Wellesley Welcomes will be ratcheted up as we head into Spring. Wellesley College Associate Provost Robbin Chapman said when she sees that sign it’s going to be her cue that you want to engage with her… 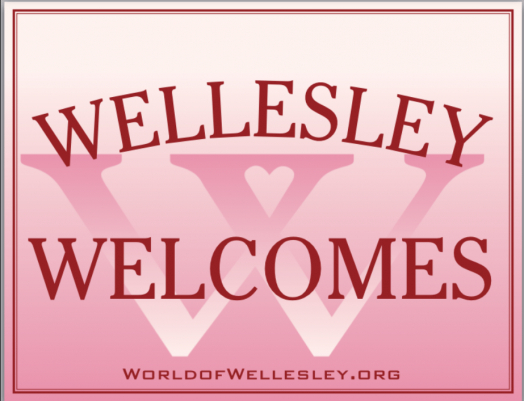