When a snowstorm strikes on the night that a fabulous party is planned, it’s never an easy decision to say whether revelry should bow to the weather. Last Saturday Cotillion organizers decided that the show would go on and all the special snowflakes would be allowed to dance the night away.

A Wellesley tradition since the 1940s, Cotillion is a formal dance to which all Wellesley public and private school juniors and seniors are invited. This year’s event, a year in the planning, took place at Boston University’s George Sherman Union Building. It helped the decision-making process that B.U. said they were ready to roll and all walkways would be cleared of snow and safe for their elegant guests. Also the policy, in its second year, of all guests arriving at the high school and from there boarding buses driven by professional drivers who took everyone there and back, helped set most minds at ease.

Still, some in town pointed out that the roads were dangerous and many kids would still be on them as they were getting themselves to the school and then back home (or to after-parties) in their own cars. Indeed, many shop managers throughout Wellesley had closed their doors by mid-afternoon, sending their employees home before the worst of the snow piled up. The salons were open, however, because primping waits for no storm. Pretty girls emerged, their mothers holding umbrellas over complicated up-dos.

It wasn’t an easy decision, but parent volunteers and organizers made the call at 3pm saying on Facebook, “The Cotillion is going ahead as planned. Obviously safety is our #1 priority. Several committee members have driven down to BU, and while the road conditions are not ideal and we will likely get more snow over the next few hours, the Mayor has not issued a snow emergency, and BU assures us they will remain open and will continue to plow. If a snow emergency is issued we will cancel the event.”

The snow emergency didn’t come to pass, therefore Cotillion did.

I don’t envy the parents who had to make this call. Whether it’s Cotillion, or the Hunnewell Fun Fair, or the Fiske Wild West Round-Up, weather can and does interfere, wreaking havoc with the stress levels of parent organizers.  I’ve seen good women go gray straight through double-process bleach jobs over having to give the thumbs up or down armed with information from meteorologists who will concede only that things might be “unsettled.”

As I once heard one mom say when asked if she would consider chairing a particular event next year: “I’d rather have my fingernails pulled out.”

This time, it was organizers 1 point, weather zero. According to parent organizer Annie Cohen, “It was a spectacular affair!”

Here are some pics to back that statement up: 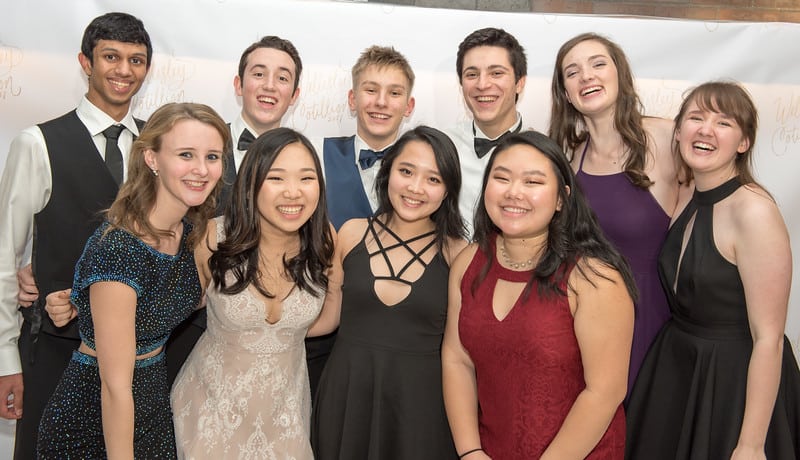