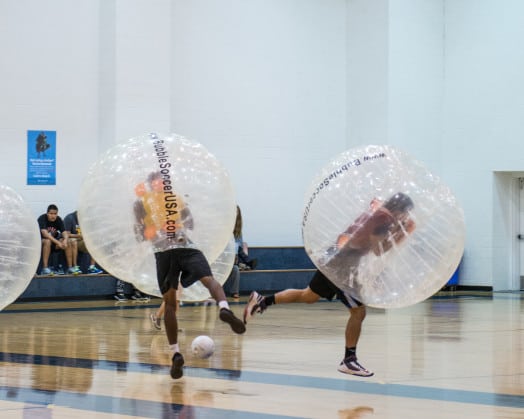 Wellesley — both the 02481 and 02482 zip code portions — are among the 100 “bubbliest” communities in the United States, according to an online survey posted by PBS Newshour as part of its Making Sen$e business/economic coverage. The Bubble Quiz was designed to identify those areas of the country most in their own little worlds, largely oblivious to the sentiments of white working class America that president-elect Donald Trump cashed in on.

Wellesley, along with the likes of Greenwich Village and Silicon Valley, proved to have greatly thicker than average “elite cultural bubbles.” Cambridge, Newton and Brookline were among other nearby communities on the list.

Political scientist Charles Murray, perhaps best known as co-author of 1994’s controversial “The Bell Curve”,  discusses the findings in this column on the PBS Newshour website. He starts his column with: “This year it became obvious to just about everyone that America really does have a new elite that is isolated from and often ignorant about white mainstream America…”

The online quiz, based on one from a 2012 Murray book and answered by more than 142,000 people, features questions such as “Have you ever walked on a factory floor?” “Have you ever had a close friend who was an evangelical Christian?” and “Have you or your spouse ever bought a pickup truck?” Murray found that one key factor in the results was the percentage of adults within a zip code area that had college degrees.

(Thanks to reader KB for pointing out this column and quiz to us.)