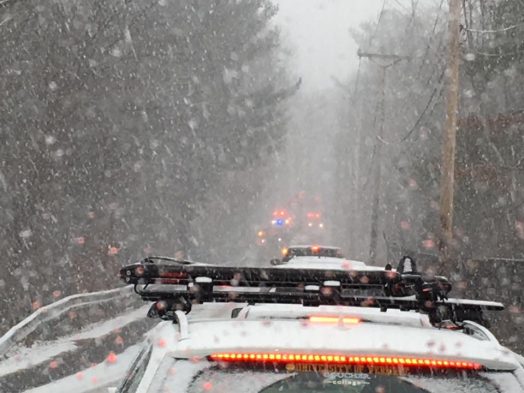 We’ve heard from frustrated residents, their vehicles laden with trash, recyclables, and dried-out Christmas trees, that the RDF is closed for the rest of the day. Normally open until 4:45pm on Saturdays, the RDF has been closed by order of the Wellesley police for the safety of residents.

The RDF is closing right now due to the snow and traffic crashes around delay. #WPD

Apparently there was an influx of cars at the RDF right when the storm picked up, and an accident at the front gate caused a major jam with people entering and exiting the facility. “Even in hindsight I don’t think that we could have predicted this one,” RDF Superintendent Jeff Azano-Brown said.

RELATED: RDF now closed on Sundays, forcing many Wellesley-ites to seek another place to worship