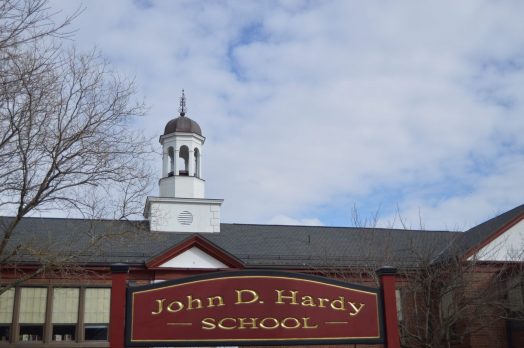 Although Wellesley public schools, rank among the best in the state, they’re not perfect. It’s well known, at least here in town, that many of the physical plants need updating, particularly three of the elementary schools, Hardy, Hunnewell, and Upham. Two years ago, the Town started to take necessary steps to address the issues starting with recommendations from the School Facilities Committee (SFC).

Making a decision about how to proceed with these three schools is known as the Hardy-Hunnewell-Upham Plan (HHU), and it’s the biggest issue in town right now. Here’s a brief overview, along with some important upcoming dates.

In October 2015, the School Facilities Committee (SFC) recommended that Hardy School close. Leading up to that recommendation, the group of eight SFC members (including Superintendent David Lussier and School Committee members Sharon Gray and Matt Kelley), in meetings discussed some of the most challenging problems facing the aging buildings. They concluded that all three buildings had mechanical systems that had reached the end-of-life stage. What’s more, the facilities all lacked compliance with the Americans with Disabilities Act as well as compliance with modern codes (fire safety being the most egregious), and the schools’ modular classrooms, originally added on as a temporary fix, were far beyond their rated lifespans.

The SFC discussed addressing these issues by possibly building a new school on the North 40, but that idea was set aside due to uncertainty with regards to the Town’s process and timing for developing a North 40 plan. They also considered the ramifications and advantages of closing either Hardy, Hunnewell, or Upham. Traffic patterns were a factor, as was cost, and projected student enrollment, as the SFC weighed options. They concluded that one of the three schools in question should close. And in the end, reasoning that Hardy already faced significant traffic pattern challenges, the Committee felt that the best option would be to close that Weston Road building.

In short, the October 2015 proposal from the School Facilities Committee was to build a new larger school at Upham, renovate and expand Hunnewell and permanently close Hardy, redistricting K-5 to six schools.

Following that recommendation there was, of course, still plenty of discussion ahead on this issue, not to mention an uproar from residents who say that Wellesley values its neighborhood schools model, and is willing to pay the money to keep all schools open. Some residents organized, and  Save Wellesley Neighborhood Schools, a stakeholder organization of concerned residents was born. The purpose of the group is to urge residents not to accept a two-school plan, saying that the current model of seven elementary schools in Wellesley has a proven track record of successfully educating the town’s students. They point out that Wellesley has a long history of neighborhood schools, and say that closing any of them potentially makes the town less desirable to new families who value smaller neighborhood schools.

After the SFC made its recommendation, the Master Plan Committee (MPC) — comprising seven School District/Neighborhood representatives, six At-Large representatives, and  seven Town Board and Staff representatives — was tasked with then drawing its own conclusions. They have relied not only on information provided by the SFC, but by concerned residents who want a say in how the HHU project should proceed, as well as the recommendations of both management company Daedalus Projects and architecture firm SMMA.

The MPC had its first meeting in April 2016 and meets regularly on Thursdays at 7pm at Town Hall in the Great Hall. At this time the group is at work creating both a two-school plan and a three-school plan. After both plans are considered, the MPC will vote on which plan to present at Town Meeting as their choice of the best options. You can email the MPC at hhu@wellesleyma.gov

NEXT ANTICIPATED MEETINGS REGARDING THE HHU PLAN:

It is essential to note that the MPC will vote on which plan to send to School Committee. In turn, School Committee will decide what to send along to Town Meeting. There is then the question of whether the voters agree, and whether they are willing to pony up the money.

The estimated total cost of two 21-classroom schools is between $100-105 million, and the estimated cost of three 18-classroom schools is about $150 million, as estimated by Daedalus Projects. The School Committee is seeking partnership from the Massachusetts School Building Authority (MSBA) and will continue to submit a Statement of Interest (SOI). However, it is considered unlikely that Wellesley will be chosen, as other districts’ needs are even more severe. It is likely this project would need to be funded through a debt exclusion vote.

A town-wide yes vote for a debt exclusion would mean an increase in the amount of property tax revenue that by State law the community is permitted to raise for a limited or temporary period of time in order to fund a specific project (in this case, the HHU project). The exclusion may be used to raise additional funds only for a capital purpose. If the funding is financed by borrowing it is called debt exclusion.

For a detailed look at the many different angles the HHU project was approached from, here is a link to the HHU Project schedule, as put together by SMMA.