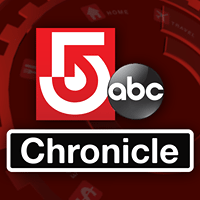 Tune in to Channel 5’s Chronicle on Monday night, January 16th at 7:30pm. This episode of the show will celebrate the 50th anniversary of METCO and tell the program’s story.
Anthony Everett and the Chronicle News team were in Wellesley in early December filming some 9th grade Wellesley High School students who talked about the relationships they’ve developed as a result of the METCO program and the impact it’s had on their lives. Other neighboring towns will also be featured in the episode.
print