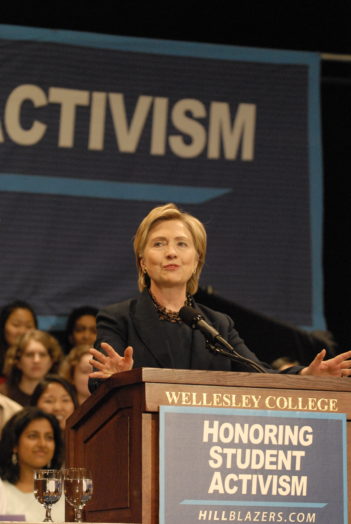 It’s common knowledge that Hillary Clinton will address the Wellesley College Class of 2017 as commencement speaker. What’s less known, however, is that she is stopping by campus today informally. Sort of for a cup of tea, if you will. The general public is not invited, I’m not invited, there will be no pomp, no circumstance. It’s just a Wellesley College graduate going to hang out at her school for a bit.

Sounds like Secretary Clinton is adjusting nicely to life not scheduled down to the very nanosecond.

UPDATE 3.3.17 (The Wellesley News documented some of the visit via its Twitter stream