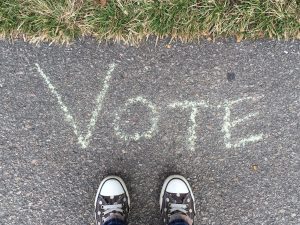 We heard and read some grumbling over the past week about the fact that just 22% of registered voters went to the polls last week in Wellesley despite efforts by groups like the League of Women Voters of Wellesley to educate the masses and the fact that there were several contested races, including for two School Committee seats. Looking back at recent voting percentages in town, 22% isn’t bad comparably, but can the town do better?

Town Clerk Kathy Nagle says 15%-18% is about average in Wellesley in recent years for town elections, with turnout naturally “quite sensitive” to controversial questions on the ballot or extraordinary effort by candidates to get people to the polls. “I hope this year’s example of multiple contested races for both Boards and Town Meeting is the beginning of a renewed interest in local governance,” she says.

Nearly a third of registered voters went to the polls in Wellesley for last year’s town election, with the town manager vote being the hot item. 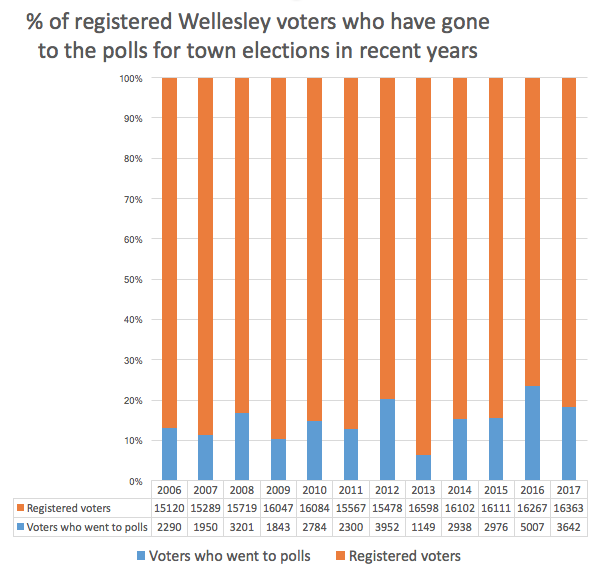 A quick look at neighboring towns shows no overwhelming turnouts either. Natick, for example, drew 19.2% of registered voters last March in a year during which town residents had a handful of contested races to mull. That percentage was way up from 8% in 2015 and 7.2% in 2014.

Interestingly, the state tracks voting numbers for town elections across Massachusetts, but you’ve got to plow through a bunch of PDFs to crunch the numbers. Maybe the next time we have a blizzard I’ll take a spin through that and see what the historical highs and lows for Wellesley have been for voter turnout.