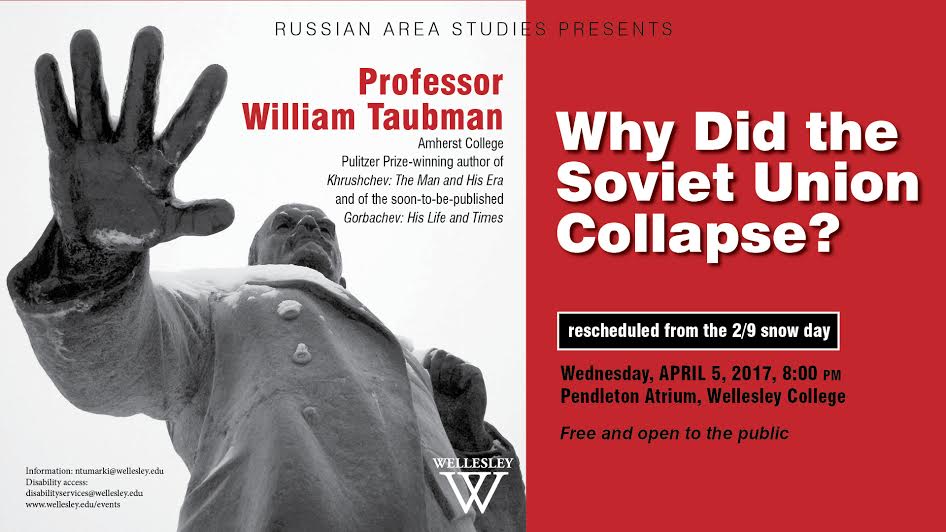 Speaker William Taubman (Bertrand Snell Professor of Political Science Emeritus at Amherst College), Pulitzer Prize-winning author of Krushchev: The Man and His Era, and of the soon-to-be-published Gorbachev: His Life and Times.

The Soviet Union’s collapse had many causes, some going back decades. But Mikhail Gorbachev was decisive. He wanted to humanize and modernize his country, but ended up presiding over its collapse. How did a poor peasant boy become the grave-digger of Soviet Communism? How did the Soviet system allow him to undermine it? How and why did Gorbachev’s dream of democratizing Russia founder?

This event is sponsored by the Wellesley College Russian Area Studies department.