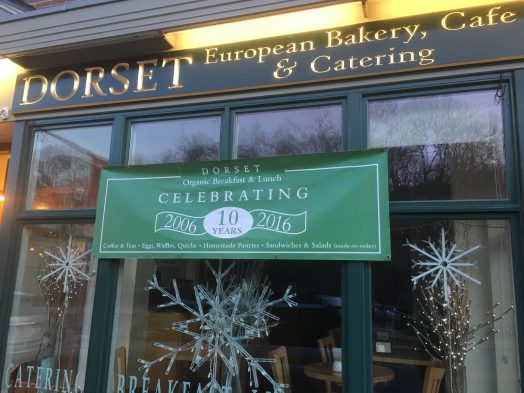 Signs in the windows of Dorset Cafe indicate that the European-style organic bakery and cafe opened in Wellesley Hills by the Khudairi sisters in 2006 has apparently served its last cup of tea.

Dorset, located at 352 Washington St., was out in front of other eateries in town in promoting gluten-free menu items, and included a diverse breakfast and lunch menu featuring everything from waffles to quiches to soups. The restaurant was inspired by Dorset County in England, and offered afternoon tea service Monday through Saturday. Dorset also provided catering services.

The owners kept a fresh look inside by rotating artists’ works on its walls.

But it is a couple of hangings in Dorset’s windows that tell of its closing. 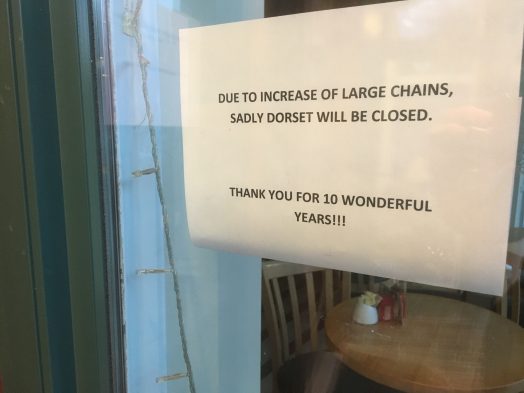 Dorset has competed for years to some extent with coffee/tea shops in other parts town such as Peet’s and Starbucks, but very direct competition came to town last year in the form of Caffe Nero in the Wellesley Hills train station across the street from Dorset. It appeared Dorset might be for sale last summer, though the owner said that wasn’t the case at the time.

(Thanks to a Swellesley reader for giving us the heads up on this.)

MORE: Businesses that came and went in Wellesley in 2016