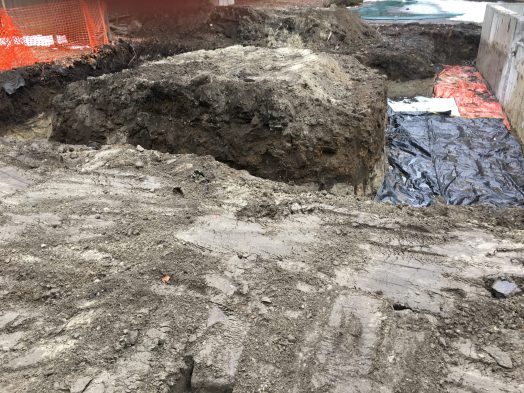 While the town has been buzzing about this past week’s filming for Daddy’s Home 2 at E.A. Davis in Wellesley Square, another production company has reportedly been scoping out Wellesley for a post-apocalyptic horror film and has even released an early trailer (see below) to tease the project for potential investors.

Wellesley in recent years has become a hotspot for movie shoots, including for the soon-to-be-released “We Don’t Belong Here” that was filmed in part at Elm Bank Reservation (no, the flick is not about those who cannot afford $1M-$9M homes)

The new post-apocalyptic horror movie, a sequel to director M.C. Mansion’s cult favorite “Homewrecker”,  would be shot at various teardown locations across Wellesley. Some are calling the film a cross between “The Road” and “The Money Pit.”

“We’re thankful that this proposed Historic Preservation Demotion Review Bylaw still has a way to go,” said one source at the production company. “We had our pick of locations on pretty much any street we turned onto…and we didn’t even need to bring in our own port-o-potties.”

The scriptwriters are setting their film against the backdrop of a once affluent community whose historical and neighborhood fabric, as well as the surrounding environment, has been shredded by speculative residential developers. Survivors must grapple with whatever dark forces rise from beneath the foundations of old family homes.

Asked if the film producers feel any guilt about exploiting Wellesley’s controversial teardown environment even as the topic will hit the floor this month at Town Meeting, the source replied:  “Character is overrated.”