I did a double-take recently when I walked past 2nd Time Around at 574 Washington St., in Wellesley and saw that terrible sign in the window — “Going Out of Business.” Nooooo, I cried. And Whyyyyyy, I wondered.

The consignment boutique’s website says that “Because of a convergence of market forces hitting all brick and mortar stores – including increased competition from online retailers combined with skyrocketing rents – we have made the difficult decision to close our stores.” That’s right, every single last one of their stores spread out over 9 states is shutting down. 18 have already closed, 23 more to go.

Meanwhile, the Globe reports that some sellers are fussing up a storm because they might not get paid for items sold through 2nd Time Around. And indeed, the chain says on its FAQ online that  “All consignors whose items were sold from May 1 onward, including all items sold during the going-out-of-business sale will be paid in full. At this time, the company cannot commit to paying consignors whose items were sold prior to May 1.”

Looks like there are now only a couple of games in town for high-quality second-hand duds. Elan Fine Consignments at 402 Washington St. and  Schofield School’s Shoppers’ Corner, run by that school’s PTO during the school year on Wednesday mornings and the first Saturday of every month. For awhile there it looked like The Closet Exchange was going to move into the old Turnabout Shoppe location at 30 Grove St., but we’re told that is no longer happening. 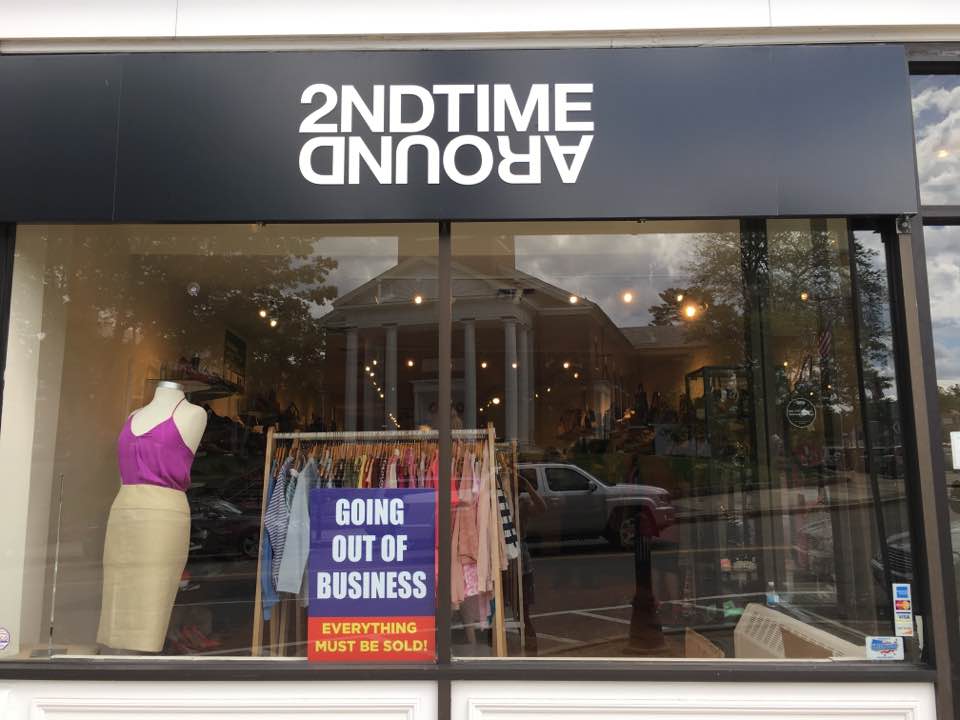