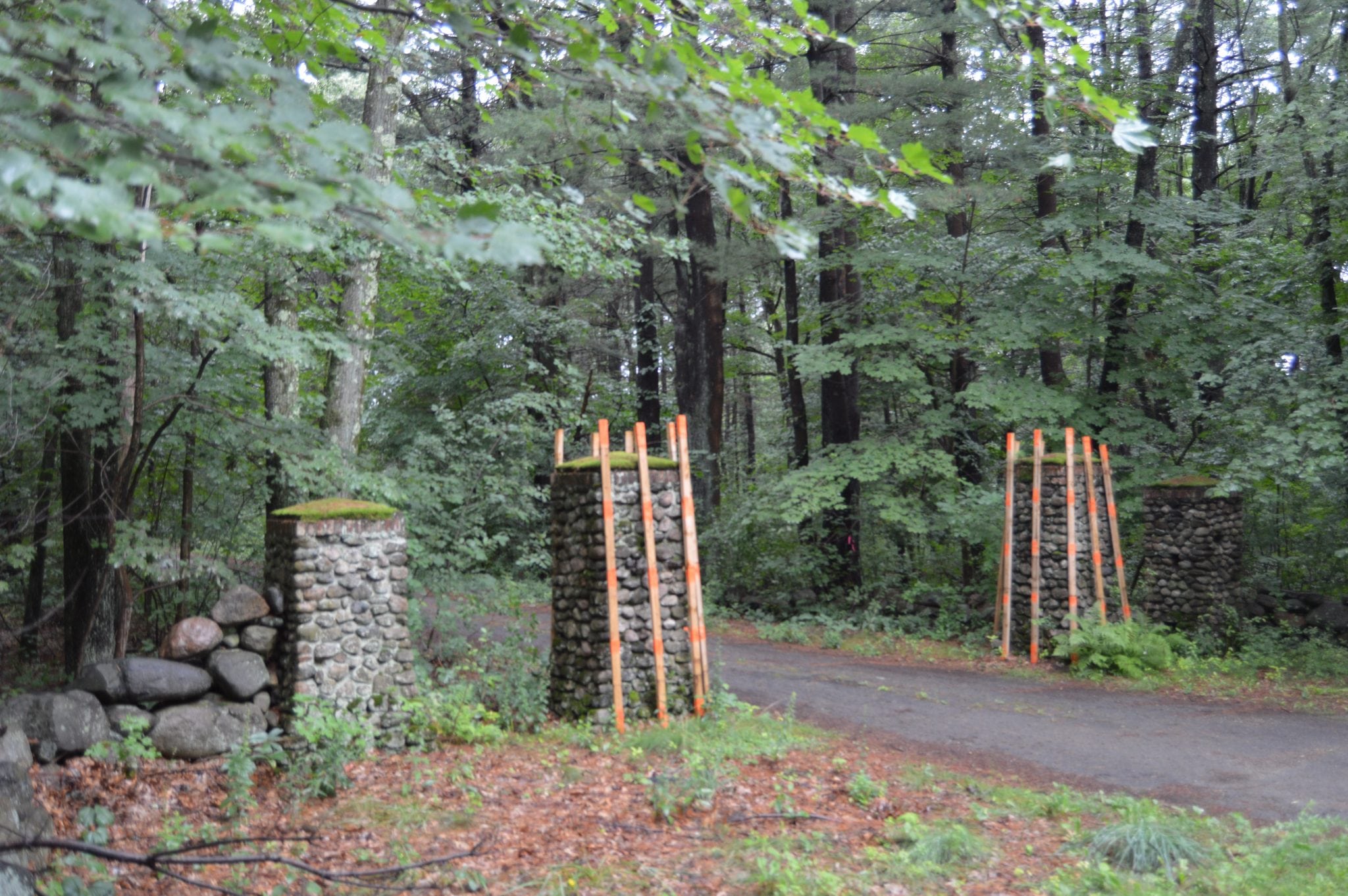 (Updated: July 11) Hot on the heels of last month’s joint Wellesley Board of Selectmen/Planning Board meeting on a new proposal for a 95-unit housing development off of Linden Street that brought concerned neighbors out in force, a new proposal for a 44-unit condo complex on 135 Great Plain Ave., will be up for discussion at a July 10 Planning meeting (see Wellesley Public Media video below).

Both of these proposed projects, as well as a renewed one at 680 Worcester St., that appeared to have fizzled out last year, are 40B projects that include relatively affordable housing in exchange for looser zoning treatment by the town.

The potential 40B project at 135 Great Plain Ave. (Rte. 135 toward the dump) would replace a previously approved project by developer Northland to divvy up 12 acres on Great Plain Avenue among 12 single-family homes that likely would have been of the multi-million dollar variety. Northland now wants to build more than 3 times as many units at the Great Plain Avenue parcel, but in a condo and townhouse configuration that would include affordable units. As explained in a letter from a Northland VP, it turns out the company doesn’t think the previous plan is financially viable enough either for itself or 10 other developers given a chance to buy the permitted project.

Northland’s spin on the potential new 40B project, which would sit in the Fiske Elementary School district, is that it would be in line with housing recommendations in Wellesley’s comprehensive plan and protect open space designated under the existing project plan.

“The new community will create a diversity of housing that is much needed in Wellesley. More specifically, the majority of homes will be thoughtfully designed to meet the housing needs of ‘older homeowners wishing to downsize, but with no alternative available locally’,” according to Northland.

While some residents who live nearby are lamenting that they hadn’t heard a peep about the new plan until this week and that the Monday night meeting is taking place while many might be away on vacation, it sounds as though there could still be a strong showing at the meeting now that word is getting out.

The rise of 40B proposals and other efforts to make more affordable housing available in Wellesley, along with the seemingly nonstop tearing down of older houses and replacement with big new ones, has made the relationship between developers, town officials and residents increasingly touchy in recent years. Town officials are attempting to address development concerns in the near term through bylaws and decisions made on new proposals, but they are also urging all involved to participate in the ongoing Unified Plan process that is tackling these issues. Town officials have stressed that they are not against development, and that more affordable housing is necessary. Planning Director Michael Zehner even tossed out the idea at the July 10 Planning meeting that it might not be a bad idea to purse a request for proposal for development at the Tailby lot, which currently provides parking for the Wellesley Square train station, and is directly across the street from the proposed Delanson Circle project.

Zehner also said at the meeting that the recent 40B proposals “have us all wondering…when do we need to pull any potential trigger to be more proactive about addressing things and how do we even go about doing that?” He’s up for creating a task force involving affected boards and stakeholders.

Board secretary Harriet Warshaw said that “repeatedly we’ve heard from the public that everybody wants [affordable housing in town] but… And I think there’s a lot of education that has to go on to make us all aware of what we’re really talking about when we say ‘affordable,’ what we’re really talking about when we say ‘diversity,’ and what the impacts are… there are trade-offs that will have to be made.” She raised the idea of having a forum in the fall at which experts would speak to help bring better understanding of the issues to the community.