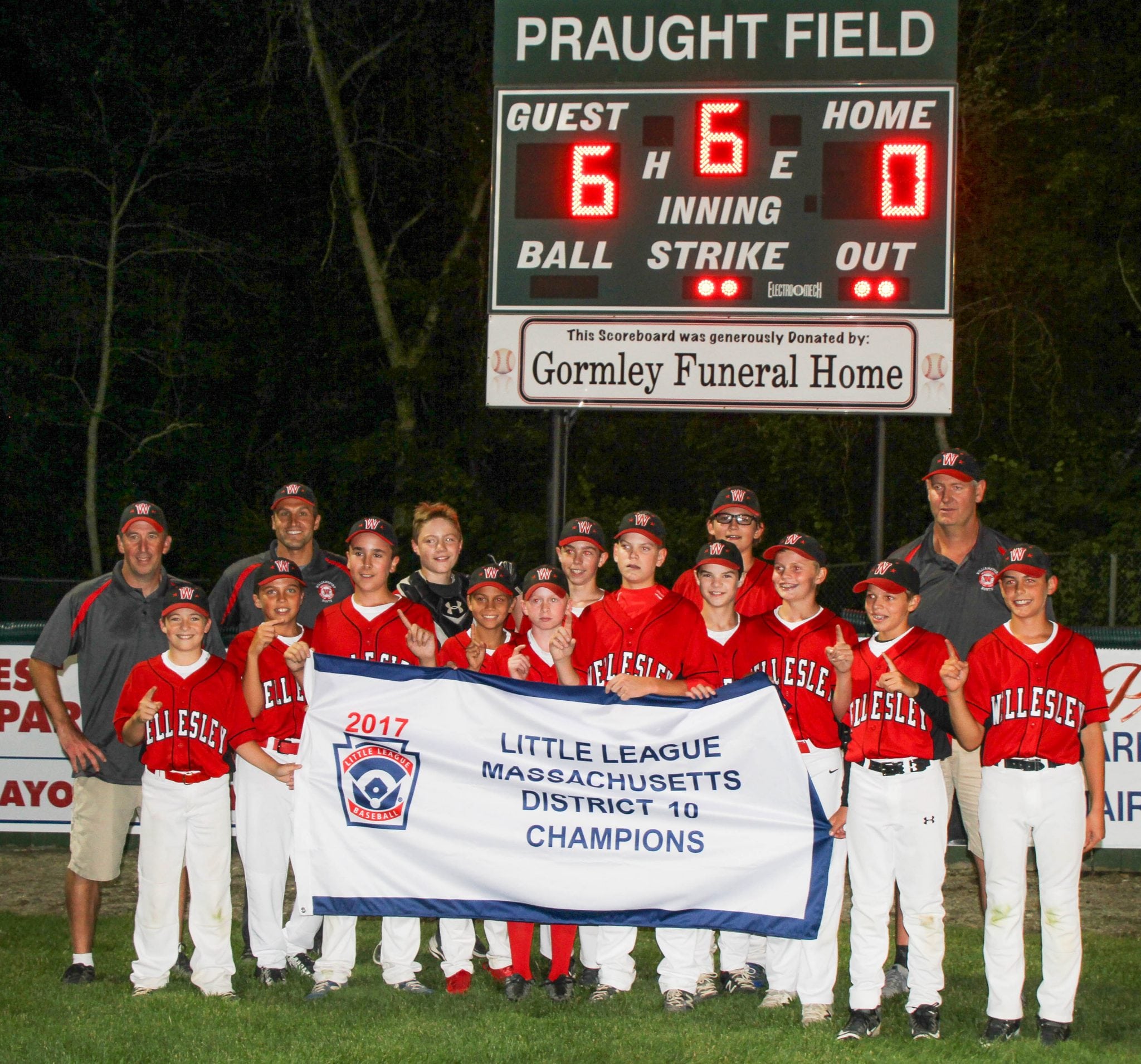 The Wellesley North baseball team shined in the District 10 round of the Little League World Series tournament, and is now on to the District championship section 3 round, which takes place July 19-22 at Ryan Field in Charlestown.  The North team won all four games in its District 10 round, including a 6-0 no-hit victory over Newton American in the finals.

There’s no doubt that the North team knows how to win. Three of its players were with the Wellesley Little League American League champion Cubs (shown below) this past Spring.

If the Wellesley team can keep winning, it can look forward to the New England regional tournament in early August. Last year, Wellesley South won the state tourney.