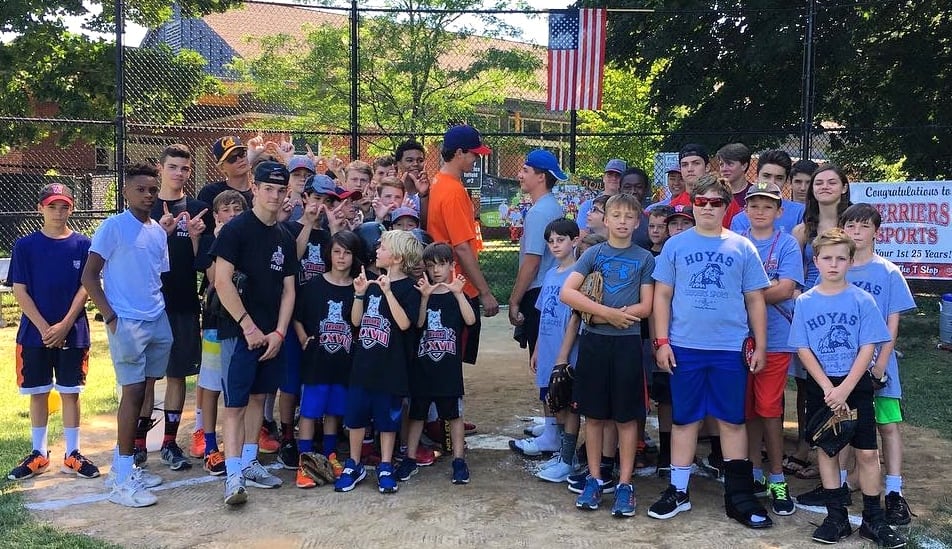 It’s 10 a.m. on a July Friday at the Bates Elementary School, and two of the top high school pitchers in the state take the mound for a championship game in their home town of Wellesley.  BC High’s Mike Vasil, the Boston Globe’s Division One Super Eight player of the year, faces Wellesley High’s Henry Weycker, also a Globe All Scholastic who pitched the Wellesley High Raiders to a Division One Eastern Massachusetts Championship earlier this year.  The batters they face range from eight to twelve years old, battling for the legendary Terriers Bucket.

Coaching the next generation is where these high school stars chose to have summer fun giving back to their community. “It means a lot” said Vasil. “When I was younger I remember looking up to the older kids who coached here.  Now when you’re the guy giving back you realize it’s life changing because you’re an influence on the kids for their future as well.”

A summer tradition since 1991, Terriers is a place where kids of all ages come to have fun playing ball. “We our proud to be a place where kids with a wide range in age and experience have equal levels of enjoyment playing together,”  said Joe Roberts, who directs the program.

Coaching also creates valuable learning experiences for high school athletes. Brendan Dolan, a captain of the Raiders baseball team who is heading to Tufts to play football, said “It’s a great feeling to help the younger kids have fun and give back to our community.”

Vasil and Dolan were the latest inductees into the Terriers’ Hall of Fame.  Both were honored to be included into the exclusive group joining former Major League Baseball Player Nate Freiman, and yours truly, who were both part of the inaugural 2004 Hall of Fame class.

For the record, Weycker’s Hoya’s (named after Terriers Hall of Famer & Georgetown baseball’s Kevin Superko) beat Vasil’s squad 4-3 to win the bucket.  Following an undefeated high school season, it was Vasil’s second “loss” of the summer at Terriers.  They lob them in.  The pitchers’ next matchup might be in the ACC with Vasil heading to Virginia (2018) and Weycker Virginia Tech (2019).

The Terriers camp program wraps up its 2017 summer the week of August 21st at the Wellesley Recreation Center.  The Terriers “Archives”, including the Hall of Fame, photos and highlights are available at www.terrierssports.com 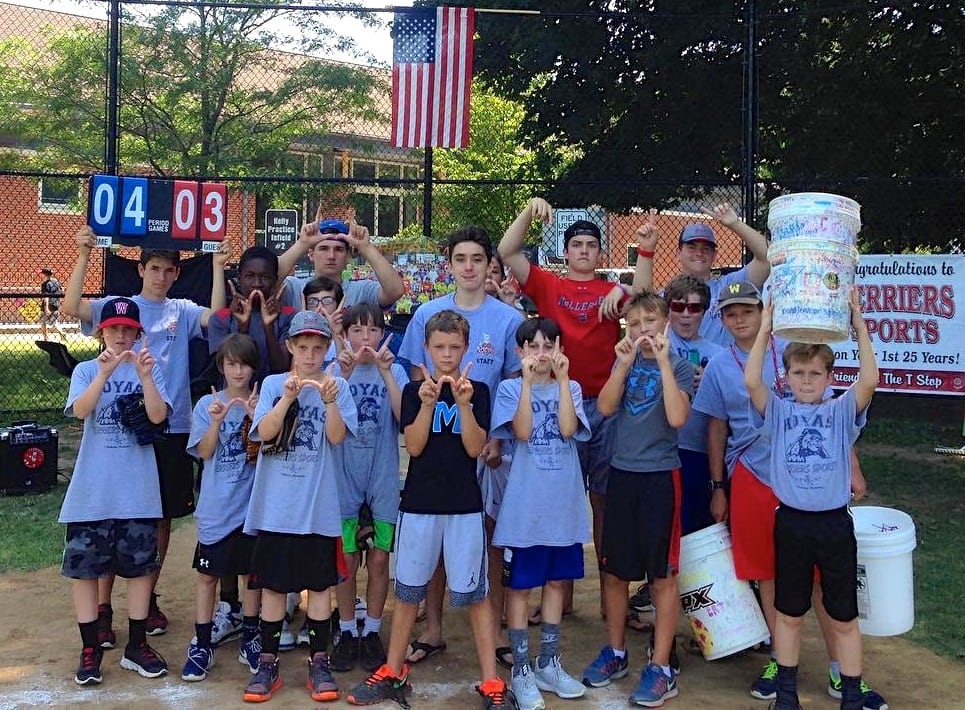