The Wellesley Public School system has announced that schools will be closed on Wednesday due to the snowstorm’s aftermath.

“After speaking with Town leaders this evening and assessing the status of the ongoing storm and likely conditions in the morning, I have determined that we cannot open schools safely tomorrow,” Supt. David Lussier wrote.

The RDF will also be closed. The library and town hall will be open.

Meanwhile, in town on Tuesday, this was the scene at Roche Bros. mid-day. The Wellesley store was well stocked with food, just not with customers (at least when this shot was taken). Give credit to Roche Bros…and the people who hunkered down. 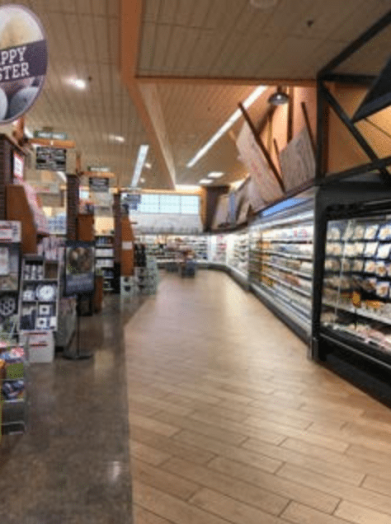 Fortunately, we had planned ahead…