Wellesley was not among the more than a dozen Boston-area suburbs chosen for a new regional bike-sharing program, but there could be interest in bringing this transportation alternative to town.

The Metropolitan Area Planning Council recently announced it has partnered with a couple of dockless bike sharing firms that will let you rent a bike in communities such as Newton and Needham by this summer using a smartphone app (or possibly other means) and pick up/drop off the bikes all around. Dockless bike sharing differs from the Blue Bikes (formerly Hubway) system in Boston where bikes are rented from fixed docks, such as South Station.

Dockless bike sharing systems are still working out the kinks. A friend who was recently in Seattle said shared bikes are scattered all over the place. Boston has been confiscating dockless bikes abandoned within its jurisdiction, where the docked Blue Bikes rule.

Wellesley College launched a bike sharing program in 2012. It will be interesting to see whether the rest of the town gets into the act. We know sustainability-minded residents and those involved with the town’s emerging Unified Plan are exploring Wellesley’s overall transportation scene and that bike sharing is among the opportunities being discussed.

Stay tuned for more, and feel free to weigh in with your thoughts. 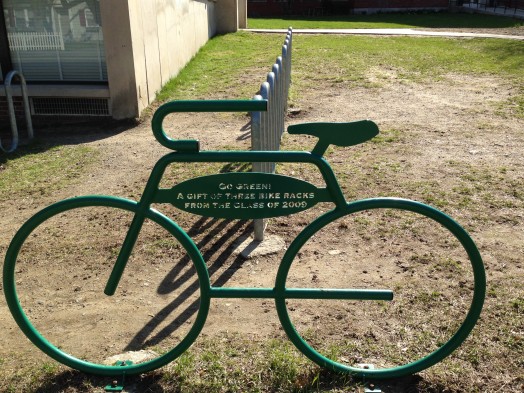